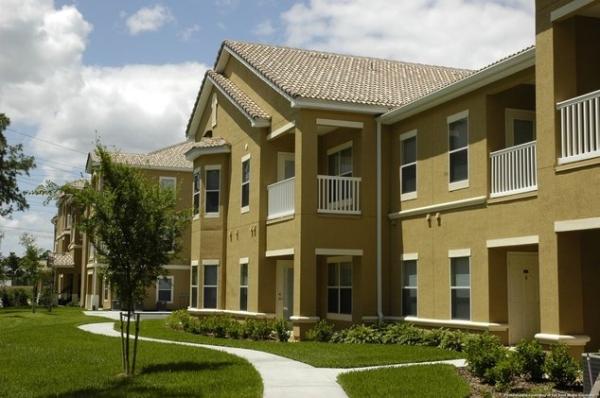 ORLANDO, FL - Bluerock Residential Growth REIT announced that it has approved the acquisition of a 252-unit Class A apartment community in Orlando, Florida, known as Century Palms at World Gateway. The property is located in the prestigious Celebration submarket, one of Orlando's most affluent, and minutes from the main entrance to Disney World.

Built in 2007, Century Palms is a Class-A multifamily community featuring one, two and three bedroom unit layouts averaging a sizable 1,074 square feet. The average market rent for the community is approximately $1,170 per month. BRG plans to refresh the eight-year old complex and bring rents in line with luxury properties in the area.

The Company sourced the transaction off market and at favorable pricing through its operating partner, Carroll Organization, which has a well-demonstrated track record of successes at upgrading assets of this type.

Century Palms sits within the upscale Celebration sub-market, home to two award-winning public schools, multiple Class A office parks, Celebration Health hospital, several sports/recreation complexes, a public library, community parks, and an 18-hole championship golf course. The community's Orlando MSA is robust and growing, supported by job growth that has outpaced the averages for Florida and the US overall since 2003 and population growth in excess of 9.1% over the past five years. The area benefits from significant strength in healthcare, technology and tourism, with several major hospital groups expanding aggressively to meet the needs of the area's growing population. Orlando is also home to 2,600 companies in the technology industry, employing over 42,000 people and, as a top tourist destination for both domestic and international travelers, the area's economy benefits from a globally-recognized tourism industry that delivers an economic impact of more than $50 billion.

"We see tremendous upside potential in Century Palms. The market is robust, the population is expanding and the vacancy rate is extremely low. We believe that, with a refresh to bring the project up to current market standards, we will be able to strengthen rent rolls significantly," said Ramin Kamfar, Chairman and CEO of BRG.

Vacancy in Orlando last year was at a multi-year low, falling 60 basis points. The continued expansion of payrolls as well as a relatively young rental-biased demographic, is expected to contribute to continued tight vacancy and rent growth this year.

Pursuant to a cost sharing agreement with Carroll, BRG will invest 95% of the venture's equity requirement, or approximately $13.5 million. The Company expects to further capitalize the property with a loan of approximately $25 million.

Century Palms will mark BRG's fourth investment in Orlando and its third investment with Carroll Organization, all in Florida as well. The previous two properties purchased with Carroll are Arium Grandewood in Orlando, FL and Lansbrook Apartments in Tampa, FL.