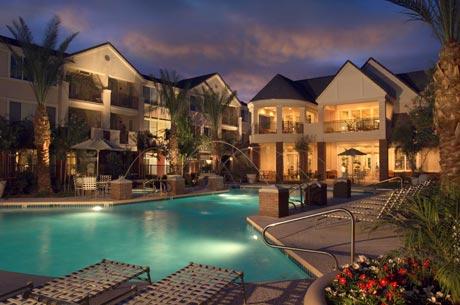 DALLAS, TX - The national apartment market recorded a monthly occupancy rate of 95.3% in May 2015, along with annual effective rent growth of 5.0% -- the fourth straight month the metric was at or above 5% -- according to Axiometrics, the leader in apartment and student housing research and analysis.

"The May rate historically is the start of each year's occupancy peak, meaning occupancy should remain at the current level or higher," said Stephanie McCleskey, Axiometrics Vice President of Research. "However, the market is considered functionally full at 95%, so increases might not be too large."

The May national annual effective rent-growth rate was 10 bps lower than the April rate of 5.1%. But the metric was 143 bps higher than the 3.6% of May 2014, which came near the beginning of last year's impressive growth trend. National effective rent growth has maintained a remarkably steady rate over the past six months, remaining within a 20-bps range.

"Owners and investors are having a profitable start to the year," McCleskey said. "One interesting point is that rent growth is increasing in previously challenged markets in the East and Midwest, such as Chicago, St. Louis, Philadelphia, Kansas City, Baltimore and even Detroit."

While Oakland reported the highest annual effective rent growth among Axiometrics' top 50 apartment markets again, based on number of units, the rest of the top 10 underwent quite the shakeup in May.

For the first time in at least a year, the top 5 did not include all three Bay Area markets, as San Francisco fell to sixth place. Portland, OR leaped from No. 4 to No. 2 with a 134-bps rent-growth increase, while Sacramento jumped over San Francisco and San Jose to No. 4 with a 162-bps increase, the largest among the Axio top 50.

"The extremely high rent growth in the Bay Area was unsustainable in the long term," McCleskey said. "Eventually, these higher rents price people out of the market. But note that San Francisco is still the sixth strongest major market in the nation, and landlords will certainly take 9% annual rent growth."

The Riverside, CA market -- Southern California's Inland Empire -- crashed the top 10 with a rise from No. 11 to No. 7, while Las Vegas re-entered the chart at No. 10 after a 107-bps increase in rent growth.

Six California markets were in the May top 17, down from eight in April, as San Diego and Anaheim fell off the top 17 chart. Texas regained representation, as Dallas and Fort Worth re-entered the list. Florida's delegation was reduced from three to two, as Fort Lauderdale dropped off, leaving Orlando and West Palm Beach. There was also a trade-off in the Carolinas, as Raleigh replaced Charleston on the top 17 chart.

The national average showed an increase in occupancy rates, rent and revenue growth. The top five smaller metros among the Axio Top 120 in May included three Florida markets and two California markets, just like in April, although Palm Bay, FL replaced Deltona.