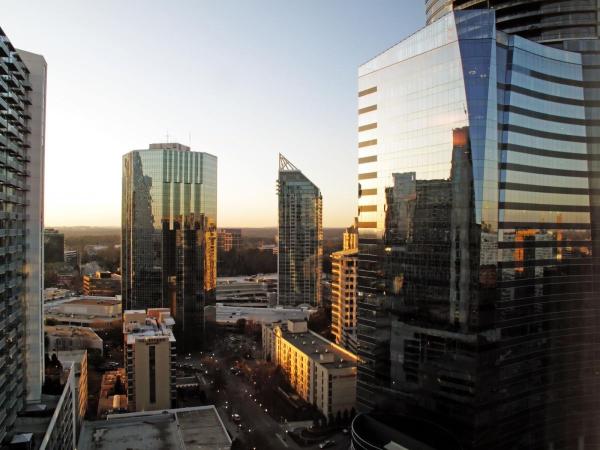 ATLANTA, GA - Sanctuary Residential has broken ground on 200 Edgewood, a $33 million mixed-use urban infill community on 1.2 acres across the street from Georgia State University, the Grady/Children's Hospital Medical Complex, and the new Sweet Auburn Curb Market streetcar station. The community, which will offer 144 fully furnished units (254 beds) for students as well as medical interns and residents, is expected to be complete by July 2016.

"This is a stellar infill location -- practically on the Georgia State University campus and walking distance to the hospital," said Bernard Felder, Director and CEO of Sanctuary Residential. "200 Edgewood will offer high-end, boutique student housing and will be one of the first transit-oriented development along the new Atlanta Streetcar line. Sanctuary Residential is thrilled to be contributing to the revitalization of downtown Atlanta with this exciting project."

Located just off Piedmont Avenue in the highly desirable Martin Luther King, Jr. Landmark District, 200 Edgewood is immediately across the street from the vibrant Sweet Auburn Curb Market, which has been operating since 1924 and includes fresh produce and meat merchants, a full-service bakery, a bookstore, a pharmacy and popular restaurants.

"200 Edgewood represents the culmination of many years of planning and dreaming of new private development by the many stakeholders in the historic Edgewood/Auburn corridor," said Brian King, Director of Sanctuary Residential. "It is Sanctuary Residential' s desire that the project serve as a catalyst for the future development of the adjacent vacant and underutilized land and buildings."

The community will consist of one seven-story building and two historic rehab buildings featuring nine studios, 25 one-bedroom and 110 two-bedroom apartments with high-end, hotel-like amenities, including a clubhouse, fitness center and meeting/study areas. Each floor will have 500 square feet of gathering space overlooking the community's central courtyard.

200 Edgewood will be the closest student housing community to the Georgia State University campus, inclusive of the university's own dormitories, and the only housing in easy walking distance to the medical campus.

Distinct to the community will be select units within a "tower of light" that features full glass cornered units. The property also will include 12,000 square feet of commercial space geared toward residents, along with 110 parking spaces.

The local impact of the project will be felt beyond the campus boundaries. According to the National Association of Home Builders' formula to determine the local impact of adding rental housing in typical metro areas, adding 144 rental apartments will generate $16.8 million in local income, $3.1 million in taxes and other revenue for local governments and 232 local jobs.