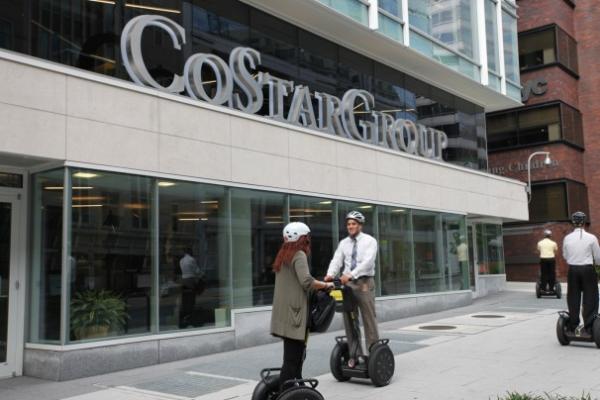 WASHINGTON, DC - CoStar Group, the leading provider of commercial real estate information, analytics and online marketplaces, announced that it plans to acquire Apartment Finder pursuant to a definitive agreement and plan of merger with Network Communications, Inc. for $170.0 million in cash which is subject to customary post-closing purchase price adjustments. This amounts to approximately seven times Apartment Finder's EBITDA for the fiscal year ended March 2015. The Company expects the acquisition to close within 90 days, subject to customary closing conditions, and expects the acquisition to be accretive in 2016 and to achieve run-rate synergies of $20 million within 18 months after the acquisition closes.

"Over the past year we have transformed Apartments.com into one of the fastest growing industry websites, and we are excited to do the same for Apartment Finder," stated CoStar Group Founder and Chief Executive Officer Andrew C. Florance.

Since its acquisition of Apartments.com in April 2014, CoStar Group has completely rebuilt and launched a new consumer centric Apartments.com website that includes over 550,000 current availabilities. Apartments.com had 18,200 listings at the time it was acquired in April 2014. CoStar Group is actively driving traffic with what is believed to be the top search engine marketing campaign in the industry as well as a national marketing campaign featuring acclaimed actor Jeff Goldblum which launched on March 1, 2015. As a result, for the month ended March 31, 2015 Apartments.com moved to number one in traffic versus other apartment rental sites according to leading authoritative sources that monitor internet traffic: comScore, Compete.com, Experian Hitwise and Alexa. Traffic to Apartments.com more than doubled in March 2015 compared to March 2014 with 15 million visits and 7 million unique visitors. Leads to property managers and owners are up nearly 67% year-over-year. All of these proactive steps have contributed to the best Apartments.com sales month ever with an 827% increase in net bookings for Apartments.com in the first quarter of 2015 compared to the first quarter of 2014.

Apartment Finder will remain a distinct, complementary brand to Apartments.com with a unique user interface, but will also be powered by CoStar's information.  By offering two online marketing solutions, the Company believes property managers and owners will get more exposure for their listings and more effective and precise targeting of leads. CoStar expects by the end of the year it will have integrated the back ends of Apartments.com and Apartment Finder thereby leveraging the same research, systems, support, and sales platform to power both Apartments.com and ApartmentFinder.com. CoStar anticipates that this will create tremendous cost synergies and greater operating efficiencies.

Florance continued, "I am looking forward to working with the great team at Apartment Finder and welcoming them to the CoStar family. We are all dedicated to building and growing commercial real estate's premier online apartment platform and strengthening CoStar's leadership position in the $2 trillion U.S. multifamily asset class."