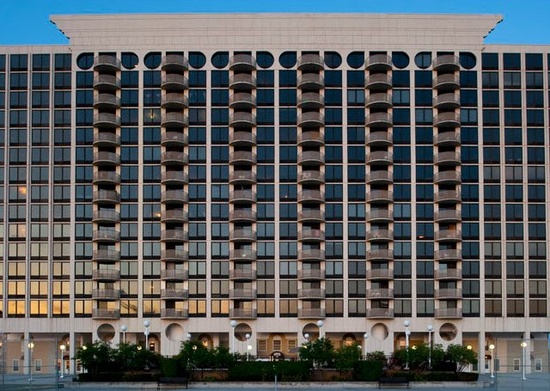 “Pensacola Place also benefits from its proximity to the lakefront, several public and private schools, and nearby shopping and entertainment districts like Wrigleyville, located just one mile to the south.”

Built in 1981, the Stanley Tigerman-designed building includes a mix of studio, one- and two-bedroom apartments, as well as 12 two-bedroom townhomes overlooking the property’s fourth-level sundeck.

Consistent with the firm’s value-add investment strategy, Waterton will make upgrades to individual residences, such as modernizing kitchens and baths and also plans to update the community’s common areas, including the lobby, leasing office, business center, resident lounge and 24-hour fitness center. Waterton will also renovate the property’s sundeck, currently an underutilized space.

“We see tremendous upside potential at Pensacola Place not only because of the planned improvements to the building, but also because of all of the development activity nearby,” said Mark Stern, senior vice president of acquisitions at Waterton. “As renters are priced out of neighborhoods like Andersonville, Lakeview and Lincoln Park, they’re migrating to Uptown and other North Side enclaves, and we wanted to be at the forefront of the area’s resurgence.”

Located about a half mile west of Montrose Harbor, Pensacola Place is two blocks from the CTA Red Line’s Wilson station, which is undergoing a multimillion-dollar reconstruction that will make it a transfer point between the Red Line and Purple Line Express, offering direct rail service to downtown Chicago. The transit-oriented community also offers convenient access to Lake Shore Drive, several major bus routes, and numerous Zipcar and Divvy bike stations.

“All of these transportation options make the area highly accessible, which has been a big draw for renters,” said Stern. “Pensacola Place also benefits from its proximity to the lakefront, several public and private schools, and nearby shopping and entertainment districts like Wrigleyville, located just one mile to the south.”

The property includes more than 81,000 square feet of retail space anchored by a recently renovated Jewel-Osco grocery store on the lower level of the building. A full-service Target and ALDI market are each just one block from the community.

As with all of the communities it acquires, Waterton will be the on-site manager, responsible for leasing, property management and renovations.