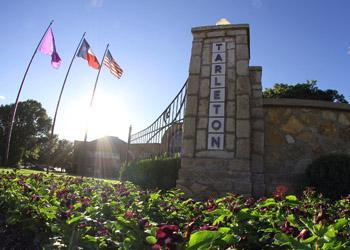 DALLAS, TX - Balfour Beatty, an infrastructure group operating in construction services, infrastructure investments and support services, announced it has reached financial close on a new $76M phase of development for a comprehensive student housing project at Tarleton State University, a member of The Texas A&M University System. In this third phase of the partnership the Balfour Beatty team will deliver more than 1,000 student housing beds at the University’s Stephenville, Texas campus, as well as academic space for the ROTC program and shell space for a University operated health clinic.

“I continue to be very impressed with the professionalism of Balfour Beatty’s staff and the entire P3 team. This project will enable 1,000 freshman and sophomores to avoid off-campus housing and experience the richness of traditional residential living and learning on campus. Research shows that living on campus improves student outcomes so we are grateful to BB for partnering with us so well to improve student success,” stated Tye Minckler, vice president for Finance and Administration for Tarleton State University.

“We are very pleased to move into this new phase of development with Tarleton State University,” said Bob Shepko, president of Balfour Beatty Campus Solutions. “This comprehensive student housing project is truly transforming the on-campus living experience for students at TSU and we are thrilled to be part of such an exciting and successful collaboration.”

Designed by BOKA Powell Architects, a new 616-bed housing facility will be located adjacent to the University football stadium, and will consist of a two four-story structures with both four and two-bedroom units in a modified suite configuration that will include private bedroom accommodations, semi-private baths, a living room and kitchenette. Balfour Beatty will also renovate and expand Traditions Hall, an existing 180-bed student housing facility that will grow to 446 beds configured in double and single semi-suite style units. Upon completion, the University will operate and maintain both facilities including management of all associated resident life activities.

The overall development project is being financed through a Public-Private Partnership model using an issuance of tax-exempt bonds underwritten by RBC Capital Markets and will be owned by an affiliate of Collegiate Housing Foundation, a national 501(c)(3), under a 32-year ground lease with the University.