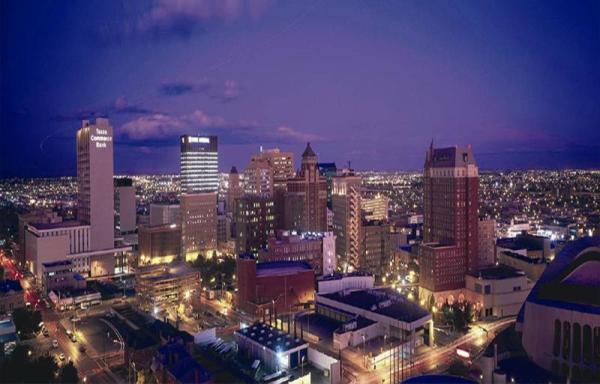 EL PASO, TX - The Housing Authority of the City of El Paso marked the start of a revolutionary period in the history of as it closed with private industry partners on Phase I of the country's largest Rental Assistance Demonstration Project. Through the program, the U.S. Department of Housing and Urban Development (HUD) transfers ownership of the city's public housing to the Housing Authority of the City of El Paso (Housing Authority). Phase 1 of Rental Assistance Demonstration Project represents about 30% of the housing units of Housing Authority, resulting in an approximate $250 million initial public/private investment of what could potentially be a $1 billion project over five years.

As the fourteenth-largest housing authority in the country and as the largest in the State of Texas, El Paso Housing Authority is committed to changing the paradigm of public housing with a full conversion of its housing inventory to Rental Assistance Demonstration properties. The program is a central part of HUD's strategy to rehabilitate the nation's rapidly aging and deteriorating stock of affordable rental housing.

The initiative allows the Housing Authority to use private financing to rehab and replace old and deteriorating residences to meet current and future housing demands, utilizing housing tax credits and bonds to secure the necessary financing.

"It is a priority to provide sustainable and affordable housing for folks that are in the greatest need. For too long, local housing officials tasked with preserving public housing and creating new affordable units have been constrained by tight federal budgets and tough economic conditions that made local funding scarce. The Rental Assistance Demonstration turns that funding stalemate on its head - allowing public housing authorities and owners of other HUD-supported properties to access private financing to rehabilitate and preserve existing affordable housing – expanding opportunity in communities like El Paso and across the nation," said Julián Castro, Secretary, U.S. Department of Housing and Urban Development.

The Rental Assistance Demonstration initiative demonstrates public/private partnerships investing together in the future of sustainable and affordable housing. It also addresses the need for capital improvements and safer living conditions, and the shortage of public housing in the United States.

"The Rental Assistance Demonstration initiative is a game changer that will transform the way we think about public housing well into the future," said Gerald Cichon, El Paso Housing Authority Chief Executive Officer. "The benefits to the City of El Paso are unprecedented, bringing $500 million in public and private investment to our City with a $1 billion local economic impact. We are proud that this is the first in the State of Texas and the largest in the country."