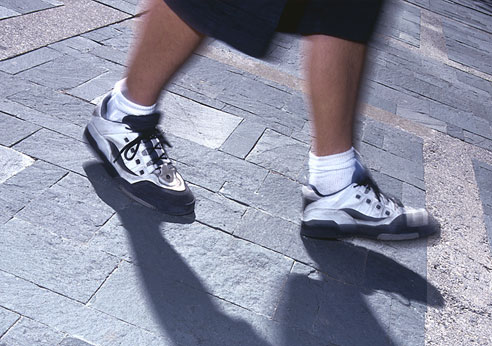 SEATTLE, WA - Walk Score, a Redfin company, released its 2015 ranking of the most walkable U.S. cities with populations over 300,000. New York, the nation’s most walkable city, has increased its lead over No. 2 San Francisco. The two cities essentially tied for first place in 2011.

“New York is clearly leading the way in walkability by reclaiming space from cars for people,” Walk Score co-founder Matt Lerner said. “One look at Times Square shows how New York has become a leader. It’s just one example of a place that went from being a gridlocked road full of cars to a park for pedestrians.”

Other Highlights: Miami is becoming more walkable, with a Walk Score increase of more than three points since 2011, likely thanks to a surge of commercial development. New home construction has increased population density in some neighborhoods and made it easier for people to live, work and shop in the same part of town.

“People can now walk where they used to have to drive, especially in neighborhoods like Wynwood and the Design District where a lot of new restaurants and shopping and entertainment centers have opened up,” said Aaron Drucker, Miami market manager for Redfin. “Even in traditionally walkable areas, like South Beach, public transportation is improving and becoming a more attractive option as parking rates and traffic are both on the rise.”

“Downtown Detroit has become noticeably more walkable over the past few years thanks to Dan Gilbert’s initiative to move his company, Quicken Loans, and others from the suburbs back to the heart of the city,” said Lauren Buttazzoni, Redfin market manager in Detroit. “Following these companies has come a slew of new restaurants, locally owned shops and small businesses. It’s not just millennials but families and people of all generations who want to live near work and enjoy the action and amenities of city living. As a result, real estate in the city is in great demand, new lofts and condos are being built, and prices — in rents and sales alike — are rising. It has all been a great boon for the motor city.”

New Orleans has changed, too, as the city continues to reinvent itself following Hurricane Katrina. The city is rebuilding with walkability in mind as it develops affordable housing and revitalizes commercial districts, which may have helped the city’s Walk Score increase from 55.6 in 2011 to 56.3 today.