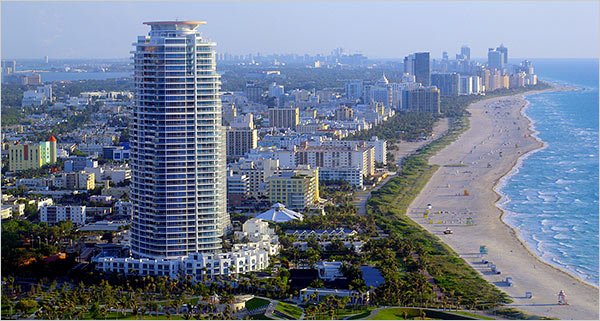 The statewide median sales price for single-family existing homes last month was $179,995, up 9.1 percent from the previous year, according to data from Florida Realtors Industry Data and Analysis department in partnership with local Realtor boards/associations. The statewide median price for townhouse-condo properties in February was $143,000, up 8.3 percent over the year-ago figure. The median is the midpoint; half the homes sold for more, half for less.

"The Florida housing market continues to progress," said Florida Realtors Chief Economist Dr. John Tuccillo. "As we have seen for nearly a year, all the metrics are moving in the right direction. It is difficult to pinpoint any one reason for this – and the reasons differ for different parts of the state. However, in an environment of low interest rates, the robust growth of employment in both the U.S. as a whole and specifically in Florida has made homeownership more accessible to Florida's households.

"Even though it appears the Federal Reserve will raise interest rates around midyear, the growth in Florida's real estate market will most likely continue at the current or a slightly slower pace."

Inventory was at a 5.3-months' supply in February for single-family homes and at a 6.2-months' supply for townhouse-condo properties, according to Florida Realtors.

According to Freddie Mac, the interest rate for a 30-year fixed-rate mortgage averaged 3.71 percent in February 2015, down from the 4.30 percent average recorded during the same month a year earlier.