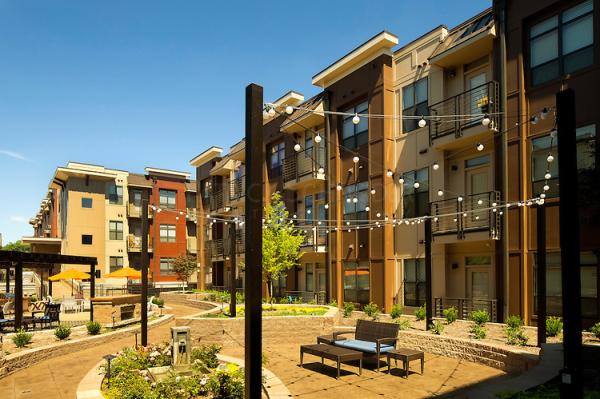 Park & Kingston is among Charlotte's premier, luxury multifamily communities, and is situated in a coveted location at the true center of the vibrant South End, with immediate access to both the Bland Station and East/West Boulevard Light Rail Platform. The property is in close proximity to amenities and upscale shopping, including a soon-to-be developed 47,000 square foot Whole Foods. It is also located less than two miles from the region's largest employment hub, the Charlotte Central Business District, where Bank of America, Wells Fargo, Chiquita, Duke Energy and others maintain sizable operations, supporting more than 100,000 jobs.

"Park & Kingston is one of the highest-quality, most well-located and well-constructed multifamily communities in a premier submarket, and we believe it to be a strong investment for the Company's portfolio. The quality of this project, as well as its excellent location, present a strong opportunity for rent growth going forward," said Ramin Kamfar, Chairman and CEO of BRG.

The Company filed a Current Report on Form 8-K with respect to this investment on March 20, 2015 with the Securities and Exchange Commission, which describes the details of the joint venture, which is wholly owned by BRG and its affiliates.