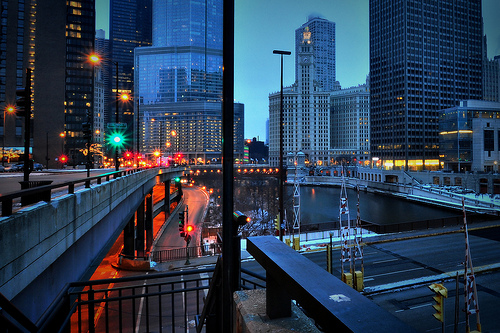 WASHINGTON, DC - The multifamily housing rental boom is a real boon to the economy and local communities. Fueled by demographic changes like the burgeoning Millennial population and a rediscovery of metropolitan urban cores, the apartment industry and its 36 million residents contributed an impressive $1.3 trillion to the U.S. economy and supported 12.3 million jobs in 2013.

The economic data are part of new research commissioned by the National Multifamily Housing Council (NMHC) and the National Apartment Association (NAA), which looks at dollars and jobs from apartment construction, operations and resident spending.

Based on research by economist Stephen S. Fuller, Ph.D., of George Mason University’s Center for Regional Analysis, the data cover the economic contribution of apartment construction, operations and resident spending on a national level plus all 50 states and the District of Columbia. In addition, construction, operations and resident spending data are available for 40 specific metro areas.

The most visible sign of the rental resurgence – apartment construction – is on the rise, contributing $93 billion to the national economy in 2013, resulting in $30 billion going directly into the paychecks of more than 700,000 workers. In 2013, apartment construction alone contributed more than $1 billion to each of 17 different metro areas, including Washington, D.C., New York City, Atlanta, Los Angeles, Chicago and more. (Los Angeles led all cities with $5 billion that year.)

"We need 300,000 to 400,000 new apartments each year just to keep up with resident demand, yet we’ve chronically under-built for years during and after the Great Recession. For example, in 2013, we completed 186,000 units, which is only about half of what was needed to meet resident demand for that year alone," said NMHC Chairman Daryl Carter, CEO of Avanath Capital Management. "After bottoming out in 2009, apartment starts have increased nationally almost to the point of meeting annual demand, but the lengthy development process and years of backlog mean that completions aren’t likely to hit the necessary level for a couple of years. This increase of available apartments will also help address affordability challenges that we see in many markets across the U.S.”

"Apartment construction is beginning to return to needed levels, so the economic impact from apartment construction should rise further and remain high for years to come,” said NAA Chairman Tom Beaton, Senior Vice President, Management, The Dolben Co. "The great news about the apartment industry is that the dollars and jobs don’t end with construction. The ongoing operations and resident spending make each apartment community an economic engine, supporting local jobs and making a positive economic impact in towns across the country. The number of apartment residents is growing, from 36 million when the study was conducted in 2013 to 37 million today, meaning more dollars and jobs in the years ahead.”

In conjunction with the study’s release, the website www.WeAreApartments.org breaks down the data by each state and 40 key metro areas. Visitors can also use the Apartment Community Estimator – or ACE – a tool that allows users to enter the number of apartment homes of an existing or proposed community to determine the potential economic impact within a particular state or metro area.

Apartment construction spending, economic contributions and personal earnings are all on the rise.

The operations of the country’s 19.5 million apartment homes supported 1.5 million jobs, contributing $190.7 billion to the economy.