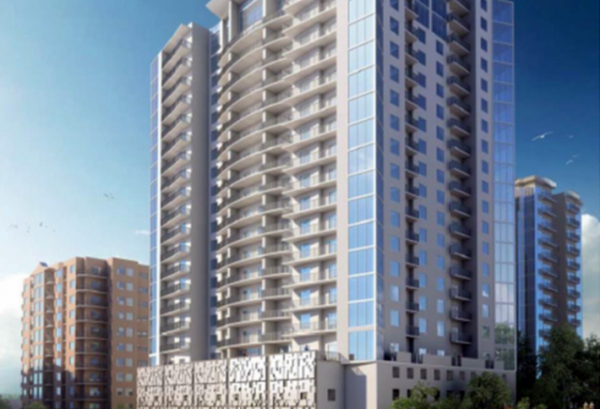 ATLANTA, GA - Real estate investment and development company, The Trillist Companies, Inc., broke ground on YOO on the Park, the first in a platform of branded luxury apartments to be developed in a strategic partnership with London-based YOO Studio, a global design and lifestyle brand and the result of a partnership between property entrepreneur John Hitchcox and the ubiquitous designer, Philippe Starck.

"The commencement of YOO on the Park represents the addition of a Midtown development that will elevate residential living and launch an exciting partnership with YOO Studio that was formed to develop luxury branded residential buildings in major cities throughout the U.S.," said Scott L. Leventhal, President/CEO, The Trillist Companies, Inc.

YOO on the Park will be a 25-story, 245-unit luxury apartment building located at 207 13th Street in the heart of Midtown. It is conceived as an extension of Piedmont Park, reflecting its greenery, fitness-focus and liveliness, while adding state-of-the-art technology and inventive designs, which may be found in YOO's impressive portfolio of design-centric communities around the world.

YOO on the Park will carry an oasis theme as exemplified by a six-story living wall on the building's exterior. An array of amenities will include multiple resident lounges and game rooms featuring a virtual golf simulator, multi-purpose indoor/outdoor fitness facilities, studios with state-of-the-art equipment, a resort-style pool, lounge with an outdoor summer kitchen, 24-hour concierge services, a bike fix-it-station, and pet facilities and dog grooming.

"We seek out innovative developer partners across the world, and in the US we have be fortunate enough to form an ongoing partnership with Trillist.  Their modern, cutting-edge and intuitive approach to urban living is synonymous with our belief that we can achieve better living through great design.  Working on YOO on the Park in a city like Atlanta marks a new era for us in the US, and the ongoing perpetuation of a great relationship with Trillist," said John Hitchcox, Co-Founder & Chairman, YOO Worldwide.

YOO on the Park is expected to be completed summer 2016.  In addition to YOO on the Park, Trillist and YOO are planning additional YOO residences projects in various cities throughout the U.S.