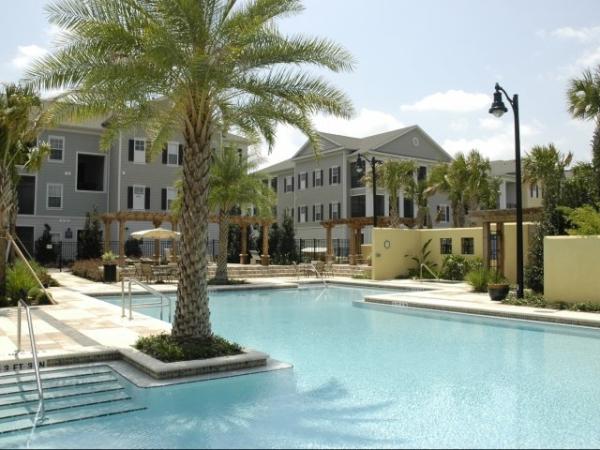 ORLANDO, FL - Milestone Apartments Real Estate Investment Trust announced that it has entered into an agreement to purchase Heritage on Millenia, a 303-unit, Class A multifamily apartment community located in South Orlando, Florida, for a purchase price of US$40.0 million, representing an estimated year one capitalization rate of 6.4%. The Acquisition is expected to be accretive to the REIT.

"Orlando is one of the leading employment markets in the United States, having added the fourth most jobs in the nation since 2009," said Robert Landin, CEO of Milestone. "This is another off-market acquisition for Milestone, representative of our reputation and strong presence in the marketplace.  We have an opportunity to drive additional value creation through a unit upgrade program at Heritage further enhancing the property's value."

Heritage was built in 2006 and is currently approximately 96.0% occupied, with average monthly rents of approximately US$1,100. The Property's average in-place rent per square foot is consistent with the REIT's portfolio and Milestone's middle market strategy. The Property's average in-place rents are higher than the REIT's portfolio average in part due to a higher proportion of two and three-bedroom apartment suites. The Property, which has convenient access to several major transportation corridors, is located within close proximity to large employment centers including downtown Orlando, Walt Disney World and the Southpark Center office park, which has over 2.9 million square feet of Class A office space and more than 5,000 employees. Heritage features extensive amenities consistent with the REIT's established portfolio, including a resort style pool and outdoor children's playground, and residents have a wide variety of shopping, dining and entertainment options nearby. Directly adjacent to the Property is the Mall at Millenia, a 1.1 million square foot shopping center that is one of the top ten malls globally in sales per square foot. Additionally, International Drive, with over 150 restaurants, 100 hotels, and 490 stores and retail destinations is less than one mile away from the Property.

As part of the purchase consideration for Heritage, the REIT is negotiating a new, interest only, fixed-rate mortgage of approximately US$22.0 million, with the balance of the purchase price expected to be funded using the REIT's available cash and revolving line of credit. The Acquisition, which is subject to customary closing conditions, is expected to close by March 31, 2015. The REIT will disclose the final details of the purchase, including financing terms, following closing of the Acquisition.