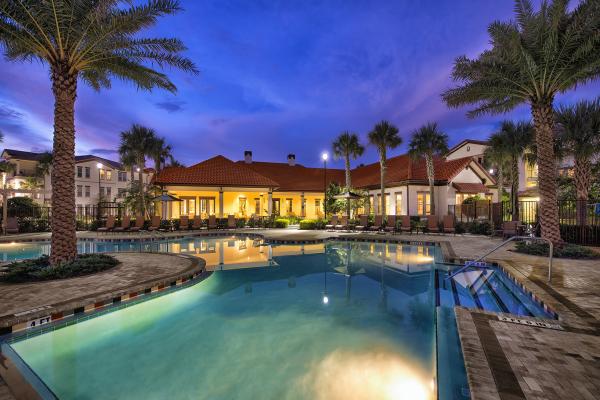 “We believe Citra is an ideal addition to JRK’s growing Orlando portfolio,” said James Bloomingdale, JRK’s Senior Vice President and Head of Acquisitions. “Orlando’s expanding employer base and potential for continued rent growth make it one of our target markets.”

The property’s zip code ranks in the 94th percentile in the nation for income and education. Nearly 55% of the population within a one mile radius of Citra at Windermere has a four year college degree or higher, and the average household income is in excess of $115,000. A further indication of the neighborhood’s desirability is that the median home price within a one mile radius is over $500,000, which is triple the Orlando MSA.

The acquisition of Citra capped off an exciting 2014 campaign for Los Angeles based JRK Property Holdings, with over $700 million in multifamily acquisitions for the year. JRK now owns and manages a total of 2,600 units across eight multifamily assets in Florida. The company has amassed a commercial portfolio throughout the United States valued in excess of $4 billion, consisting of over 32,000 multifamily units, six luxury hotels, and over two million square feet of office, industrial, and storage properties.