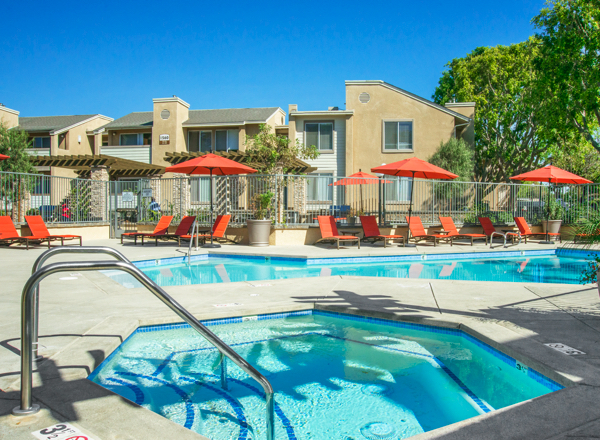 SIMI VALLEY, CA - It’s no secret that living in the urban cores of major markets like Los Angeles is becoming more difficult for the middle class.

Decron Properties is addressing that challenge with communities like River Ranch, which will celebrate its grand re-opening with a ribbon cutting ceremony at 5:30 p.m. Tuesday, Jan. 27. The Simi Valley apartment community, which features 397 apartment homes, has undergone nearly $14 million worth of interior and exterior renovations since Decron purchased it in October 2012 for $70 million.

“River Ranch epitomizes our commitment to generate value for the neighborhoods we serve, the great people who work for Decron Properties and our investors,” says David Nagel, Decron’s chief executive officer. “With the renovation of River Ranch, we are helping Simi Valley meet its growing demand for quality apartment communities with lifestyle enhancing amenities at rents that middle class families can afford.”

According to a recent analysis reported in the LA Times, Los Angeles, which has a median rent of 47.9 percent of median income, has the least affordable rents in the country. A 45-minute drive from downtown Los Angeles and Pasadena, Simi Valley offers lower rents as well as convenient commuter access to the urban centers of Southern California. During the grand re-opening ceremony, Nagel, Levitt and Huber will discuss the role Simi Valley plays in fulfilling Southern California’s growing need for middle class housing.

“Apartments in Los Angeles, Pasadena and other urban centers in Southern California are pricing the middle class out of the market, so there’s growing demand for quality apartment housing in beautiful suburban cities like Simi Valley,” Nagel says. “The community is perfectly positioned to provide desirable housing that meets the needs of these families, and we’re pleased to play a role in that effort.”

Among the renovated amenities residents of River Ranch enjoy are a state-of-the-art fitness center, an upgraded clubhouse with communal kitchen and large-screen entertainment center, two pools and spas, and brand-new playground equipment. Inside the Simi Valley apartments are upgraded cabinets and countertops, wood vinyl flooring throughout, modern lighting accents, new appliances as well as washers and dryers inside each apartment home.