Apartment Rent Growth Continues to Climb, Reaches New High for 2014 at 4.7% in November 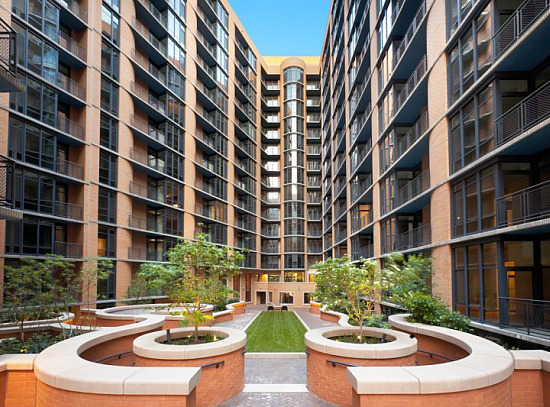 DALLAS, TX - National annual effective rent growth in November 2014 reached 4.7%, the strongest result of 2014 to date and the highest since August 2011 when the rate measured 5.0%.

According to research from Axiometrics, the leader in apartment market research and analysis, November's rent-growth rate was a 38-basis-point (bps) increase from the 4.3% recorded in October and the largest growth margin since the 39-bps increase from February-March 2011 (4.6% and 5.0%, respectively).

"The national apartment market continues to outperform all expectations," said Jay Denton, Senior Vice President of Research and Analytics for Axiometrics. "As we've been saying for months, the combination of an improving job market, and a growing percentage of the population that prefers renting to owning, continues to boost apartment demand."

The November year-to-date (YTD) effective rent growth of 5.0% keeps 2014 as the apartment market's strongest post-Great Recession year. Although the 11-month rate was down 20 bps from October's 5.2%, the gap between this year and the next-strongest year, 2010, was 27 bps in November, a miniscule decrease from the 29-bps margin recorded in October. Since the recovery began, 2010 has generated the strongest year-end YTD rent growth, 4.6%. A 49-bps drop in December would be required for 2014 to fall behind 2010, and the average November-December decline in the past four years has been 29.5 bps.

Though the national occupancy rate continued its typical seasonal decline in November 2014, the rate of 94.8% is the highest recorded in any November since Axiometrics began reporting monthly in 2008.

"We typically anticipate a seasonal slowdown around this time of the year, but the November occupancy was still very strong," Denton said.

There's not much change among the list of top-50 apartment markets, except that the Northeast section of the United States is represented for the first time in several months.

No. 15 Nashville and No. 17 Las Vegas joined Hartford as newcomers on the top-17 list in November. Riverside, Fort Worth and Charleston dropped off. They are Nos. 19, 20 and 21, respectively.

Seattle, with a 31-bps decrease in annual effective rent growth in November, dropped from No. 9 in October to No. 16.