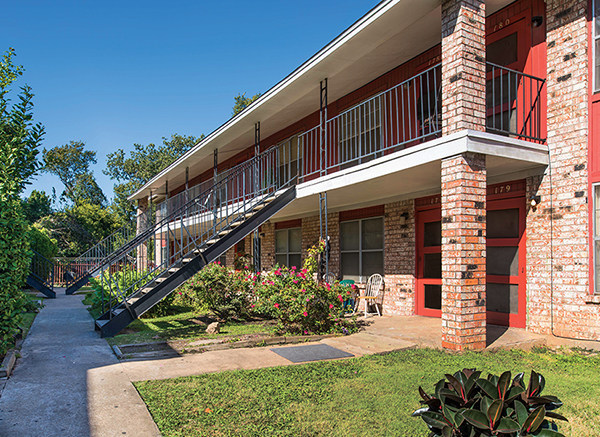 HOUSTON, TX - Neal Rackleff, Director of the City of Houston Housing and Community Development Department will be the master of ceremonies at the rededication ceremony at Cleme Manor Apartments in Houston, December 1, 2014, to celebrate The NHP Foundation's acquisition of Cleme Manor Apartments, a 284-unit affordable housing complex for families and seniors.

According to Richard Burns, CEO of NHPF, "We at The NHP Foundation are very excited to be celebrating the acquisition of Cleme Manor, as well as the significant support the City of Houston has committed to the redevelopment of its surrounding neighborhood. Cleme Manor is a fine example of how NHPF's commitment to affordable housing is helping American families." NHPF acquired Cleme Manor on August 25th, 2014.

The surrounding neighborhood is in the midst of a comprehensive City of Houston redevelopment with over $35 million in streetscape improvements, multifamily construction, single family rehabilitations, and renovation of a community center. The community center provides after school and summer youth programs, senior health and recreation services, a computer lab, e-library and social services. The property is supported 100% by a US Department of Housing and Urban Development Housing Assistance Contract, with households earning between 30% and 50% of AMI.

"NHPF's diverse income and rent structure assures housing for households ranging from low - to moderate-income. Notwithstanding income levels, the same level of amenities and access to our services is offered to all residents," according to Burns.

The NHP Foundation has, for a quarter-century, been operating with both a charitable mission and businesslike financial discipline. This two-pronged approach has enabled The NHP Foundation to make investments, preserving, and creating 62 multifamily properties with approximately 12,000 apartment units. Today, NHPF has a portfolio of over 6,000 units located in Connecticut, District of Columbia, Florida, Louisiana, Maryland, Massachusetts, Missouri, New Jersey, New York, Ohio, Pennsylvania, Texas, and Virginia.