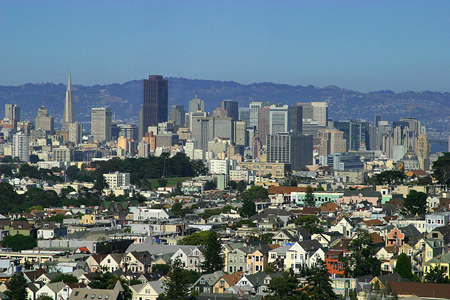 SAN FRANCISCO, CA - According to Kingsley Associates' latest analysis, 76.4 percent of apartment renters rated their overall satisfaction as "good" or "excellent" for the 12-month period ending September 30, 2014. Conversely, renewal intent has continued to decline now for the past two quarters and has reached another all-time low. Only 53.5 percent of residents responded that they "probably would" or "definitely would" renew their lease, down .3 percent from the prior period and 6.0 percent since Q4 2011.

“Our data shows that an increasing proportion of residents, who appear perfectly satisfied with their apartments, are expressing hesitation to renew their leases primarily due to price escalation.”

"Apartment rental rates continue to reach new highs in many markets," says Jim Woidat, Principal, Kingsley Associates. "Our data shows that an increasing proportion of residents, who appear perfectly satisfied with their apartments, are expressing hesitation to renew their leases primarily due to price escalation."

Time trend analysis since Q4 2011 reveals that ten of the top eleven US markets have undergone sharp declines in resident likelihood to renew, with the only increase in likelihood occurring in Seattle. The greatest decline in this same time period has emerged in New York City. This quarter, only 55.9 percent of New York City apartment residents indicated that they were likely to renew their leases, in contrast to 74.7 percent of respondents indicating the same in Q4 2011. According to a released by the New York City controller’s office in April, median apartment rents in the city have increased 75 percent since 2000 - a rise 31 points greater than in the rest of the country.

Nationally, among renters who revealed that they are unlikely to renew their lease, 60.5 percent cited rental rate as a primary decision factor influencing their lease renewal decision, up 2.6 percent from the prior year. Among those renters likely to renew their lease, the predominant factor in the renewal process continues to be location, with 71.5 percent of residents identifying apartment location as a key contributing factor. For those residents uncertain about their upcoming renewal, location and floor plan have increased in importance since 2013, both of which are up 3.2 percent over last year.