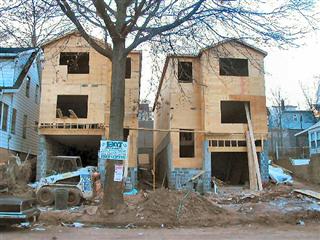 WASHINGTON, DC - Dodge Data & Analytics released its 2015 Dodge Construction Outlook, a mainstay in construction industry forecasting and business planning. The report predicts that total U.S. construction starts for 2015 will rise 9% to $612 billion, a larger gain than the 5% increase to $564 billion estimated for 2014.

"The construction expansion should become more broad-based in 2015, with support coming from more sectors than was often the case in recent years," said Robert Murray, Chief Economist and Vice President for Dodge Data & Analytics. "The economic environment going forward carries several positives that will help to further lift total construction starts. Financing for construction projects is becoming more available, reflecting some easing of bank lending standards, a greater focus on real estate development by the investment community, and more construction bond measures getting passed. While federal funding for construction programs is still constrained, states are now picking up some of the slack. Interest rates for the near term should stay low, and market fundamentals (occupancies and rents) for commercial building and multifamily housing continue to strengthen."

Based on research of specific construction market sectors, the 2015 Dodge Construction Outlook details the forecast as follows.

Commercial building will increase 15%, slightly faster than the 14% gain estimated for 2014. Office construction has assumed a leading role in the commercial building upturn, aided by expanding private development as well as healthy construction activity related to technology and finance firms. Hotel and warehouse construction should also strengthen, although the pickup for stores is more tenuous.

Institutional building will advance 9%, continuing the moderate upward trend that's been established during 2014. The educational building category is now seeing an increasing amount of K-12 school construction, aided by the financing made available by the passage of recent construction bond measures. Healthcare facilities are expected to show some improvement relative to diminished activity in 2014.

Single family housing will rise 15% in dollars, corresponding to an 11% increase in units to 700,000 (Dodge basis). It's expected that access to home mortgage loans will be expanded, lifting housing demand. However, the millennial generation is only gradually making the shift towards homeownership, limiting the potential number of new homebuyers in the near term.

Multifamily housing will increase 9% in dollars and 7% in units to 405,000 (Dodge basis). Occupancies and rent growth continue to be supportive, although the rate of increase for construction is now decelerating as the multifamily market matures.

Public works construction will improve 5%, a partial rebound following the 9% decline estimated for 2014. Highway and bridge construction should stabilize, and modest gains are anticipated for environmental public works. Federal spending restraint will be offset by a greater financing role played by the states, involving higher user fees and the increased use of public-private partnerships.

Electric utilities will slide 9%, continuing the downward trend that's followed the exceptional volume of construction starts that was reported during 2011-2012. With more projects now coming on line, capacity utilization rates will stay low, limiting the need for new construction.

Manufacturing plant construction will settle back 16%, following the huge increases reported during both 2013 (up 42%) and 2014 (up 57%) that reflected the start of massive chemical and energy-related projects. Next year's volume remains quite high by recent historical standards.

The 2015 Dodge Construction Outlook was presented at the 76th annual Outlook Executive Conference held by Dodge Data & Analytics in Washington, D.C. Copies of the report with additional details by building sector can be ordered at construction.com