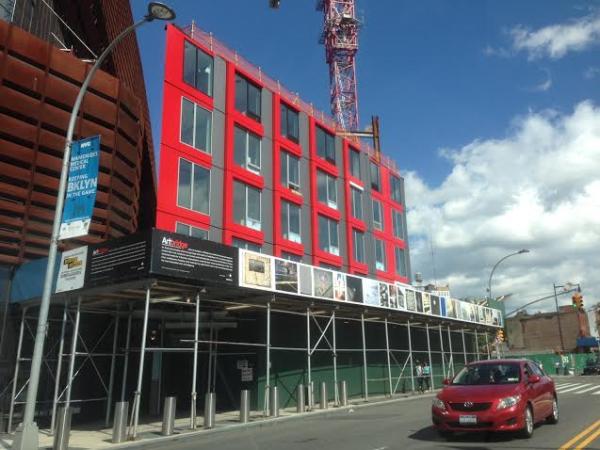 CLEVELAND, OH - Forest City Enterprises, Inc. announced that it has completed the acquisition of the interest of its equity partner, the Arizona State Retirement System (ASRS), in B2 BKLYN, a 363-unit high-rise modular apartment building at Pacific Park Brooklyn. Work recently ceased on the project when the construction contractor, Skanska USA, shut down construction at the property and closed the factory being used to build the modular units. The project is now the subject of litigation between the company and Skanska.

The buyout of ASRS's equity interest to date, for which Forest City paid $40.5 million, removes B2 BKLYN from the $400 million residential development fund between ASRS and Forest City. The company also assumed ASRS share of the debt on B2.

"We felt it was prudent to make this incremental investment now, rather than cloud the future of the fund as a result of litigation related to a single property," said David J. LaRue, Forest City president and chief executive officer. "In addition, because this investment makes Forest City the 100 percent equity owner of B2, we will have greater flexibility as we drive to restart work at the building site and the modular factory, and to get the hundreds of affected men and women back to work.

"Our relationship with ASRS continues to be very strong, and both organizations remain bullish on the Brooklyn market," LaRue added. "Together, Forest City and ASRS continue to move the fund forward with additional multifamily opportunities in core markets around the country."

Forest City and ASRS recently closed on two new projects in the fund.  The first is Arris (formerly Parcel N) at The Yards in Washington, D.C.  Arris is expected to have 327 apartment units with 19,000 square feet of street-level retail, at a total cost (at 100 percent) of $142.7 million.  The second is Blossom Plaza, which is expected to have 237 apartment units above 18,500 square feet of street-level retail in Los Angeles' Chinatown neighborhood, at a total cost of $106.7 million.  Arris is expected to open in the first quarter of 2016, with Blossom Plaza expected to open in the second quarter of 2016.

2175 Market Street in San Francisco, an 88-unit apartment community in that city's vibrant Upper Market neighborhood, will be the first completed property in the fund when it opens this fall.