Apartments.com Reveals 14 Most Expensive Neighborhoods for Renters to Live in 2014 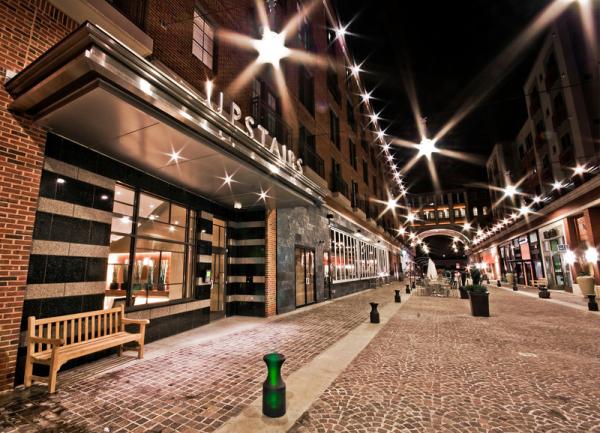 CHICAGO, IL - As we kick off one of the busiest moving months of the year, Apartments.com has compiled a list of the 14 Most Expensive Neighborhoods for Renters in 2014. By adding up a variety of financial factors contributing to the overall cost of living, renters can now see what it takes to live like the glitterati.

To paint a realistic picture of what it costs to live in one of these sought-after neighborhoods, this list examines more than monthly rent. Since experts recommend spending no more than 25 to 30 percent of one's monthly income on rent, the Apartments.com list evaluates how much of a renter's paycheck goes toward rent, as well as median monthly household income, overall cost of living and inflation.

In some of the most desirable neighborhoods, renters are willing to drop more than half of their monthly income on rent – a high price to pay for a prime spot.

The national average cost of rent for a one bedroom apartment in August was $939, according to CoStar, the commercial real estate industry's leading provider of information and analytics. But even the least expensive of the "14 in 2014" will set renters back at least twice that amount. The Apartments.com list of the 14 Most Expensive Neighborhoods for Renters in 2014, along with the average monthly rent for a one bedroom apartment, are as follows:

"We're seeing renters paying a premium to live in the hottest neighborhoods, which goes to show it truly is all about location, location, location," said Brad Long, president of Aparments.com. "These renters are willing to spend a rather significant portion of their overall income on monthly rent, in order to afford the luxury of living in exclusive areas."

For those renters who are more flexible and don't want to break the bank each month on rent, Apartments.com also compiled a list of the least expensive one-bedroom apartment options located within the same metropolitan areas as the 14 most expensive rentals featured on the Apartments.com list:

Research Methodology: Apartments.com created its 14 Most Expensive Neighborhoods for Renters in 2014 list based on the average monthly cost of rent for a one-bedroom apartment (source: CoStar, August 2014) in every submarket (neighborhood) of the 20 urban areas with the highest cost of living (source: census.gov). Median monthly household income (source: census.gov), and inflation [indicated by the percentage change in the Consumer Price Index for All Items from the first half of 2013 to the first half of 2014 (source: bls.gov)] were then evaluated against the single neighborhood with the highest average monthly rent, in each of the 20 urban areas with highest cost of living. Neighborhoods with low qualifying rental inventory and/or a median annual household income lower than the national average ($53,046, source: census.gov) were eliminated. The most weight was given to neighborhoods where a high percentage of monthly household income was spent on monthly rent. In addition, weight was given to high average monthly cost of rent for a one bedroom apartment, high median household income, high cost of living in the urban area, and inflation (based on the CPI percentage change). Apartments.com compiled the list of least expensive one-bedroom apartments in select cities based on listings in its database as of August 2014, excluding income-restricted housing and excluding properties with one bedroom monthly rents of less than $563 (60% of the average monthly U.S. rent in August 2014).