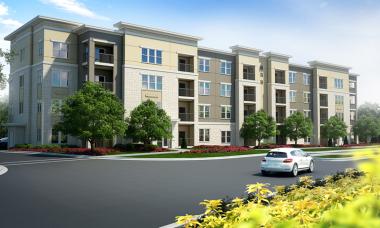 INDIANAPOLIS, IN - Multifamily real estate development and construction firm Cityscape Residential announces that is has closed nearly $82 million in joint venture financing within the last 90 days in a round led by two commercial banks and a long-term institutional equity partner.

Continuing to expand its footprint across the Midwest, the three recent projects help to expand the Cityscape footprint in the Kansas City metro area and also represent the first transaction in the Louisville metro.

In Kansas, Cityscape has begun work on its 130-unit West End Flats at Prairiefire project in Overland Park. It is the second phase of construction at the Prairiefire master planned community, following The Residences at Prairiefire, a 300-unit complex that opened in February and is already nearing stabilization. In nearby Olathe, Kan., Cityscape is beginning construction on a 228-unit property known as Greenwood Reserve, located on College Boulevard, a preeminent employment corridor within suburban Kansas City. Cityscape’s first apartment community in Louisville, Ky. is Apex on Preston, comprised of 312 units. Apex on Preston recently broke ground in July and is the first of its kind in the area to offer high-end living with top-of-the-line interior finishes and communal amenities.

“Our team is dedicated to developing Class-A multifamily communities through strategic alliances with long-term institutional partners," said Brian Cranor, partner of Cityscape Residential. “Such alliances allow Cityscape to standardize deal structures and close quickly once a targeted project has been agreed upon, and this round of financing is an excellent example of the benefit of such alliances.”

In addition to these three specific projects, Cityscape has nearly 1,800 units under development throughout Indiana, Kentucky, Missouri and Kansas. Cityscape has plans for a second multi-million dollar apartment community in Louisville, Ky. called Axis Apartments, which will offer 300 units. Located in the urban neighborhood near NuLu and with close proximity to Bardstown Road, Frankfort Avenue and Highlands Clifton, Axis Apartments is a nine-acre property site that will offer first of its kind amenities in urban Louisville and is expected to break ground by early 2015. To date, Axis Apartments ranks as the largest investment in an urban Louisville, Ky. multifamily complex by an out-of-town developer.

Furthermore, Cityscape is also developing 688 units at two locations in downtown Kansas City, Mo. Crossroads West will be a 300-unit community in the Crossroads and Westside neighborhoods on the southern edge of downtown Kansas City. Cityscape is also developing adjacent downtown properties in the historic Quality Hill neighborhood on the west side of downtown: The Summit, a 258-unit complex and Apex, with 130 units.