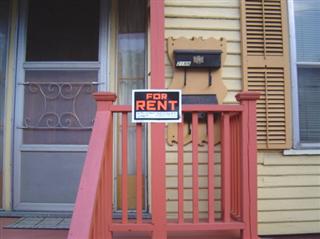 SEATTLE, WA - Zillow today named the Oklahoma City area the top place where mom-and-pop landlords stand to make the most money on their rental property on a month-to-month basis.  A Zillow Rentals analysis looked at the top 50 U.S metros to determine which areas provide the best short-term return on investment for landlords. Rental property owners in the Oklahoma City metro area can expect to profit $536 per month on the median home when comparing anticipated rental income versus their assumed monthly mortgage payment.

Mom-and-pop landlords are homeowners who have turned their personal home into a rental rather than selling it when they move.

Zillow has also named the best places for landlords interested in long-term profits. When looking at rental income, tax benefits and accumulated home equity (thanks to rapid home value appreciation), landlords in San Jose, California, make the most money: $8,927 per month, or $107,122 per year. The majority of this "profit" is derived from earned but unrealized equity distributed evenly each month over the next six years. Most, if not all, of this profit will not be realized until the landlord sells the property.

"When deciding if they should sell their home or rent it out, most mom-and-pop landlords are primarily concerned with whether or not they can cover their mortgage payment each month – they simply can't absorb monthly losses like professional investors," said Zillow Chief Economist Dr. Stan Humphries. "However, the greatest returns are actually in markets like San Jose and San Francisco where there are short-term monthly losses, but the long-term earned equity makes them the best markets to invest in."

The full list of best places to own a rental property can be found by visiting Zillow Real Estate Research.