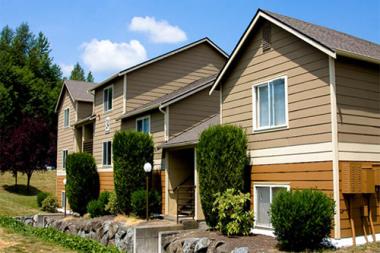 BEVERLY HILLS, CA - Global real estate investment and services firm Kennedy Wilson announced that the company acquired a multifamily portfolio comprised of three properties located across southern submarkets of Seattle, Washington. The portfolio consists of 1,212 units and was purchased for $127 million. Kennedy Wilson invested $45 million of equity in the transaction and assumed $85 million of financing, fixed at 4.25%, from Freddie Mac.

“All three properties are located within the Puget Sound Region, which is ranked in the nation’s top ten for job growth and rent growth.”

“Kennedy Wilson is pleased to continue to grow our Pacific Northwest portfolio with the acquisition of these three assets,” said Kurt Zech, president of Kennedy Wilson’s Multifamily Management Group. “All three properties are located within the Puget Sound Region, which is ranked in the nation’s top ten for job growth and rent growth.”

Located in the Tumwater area of Olympia, WA, Montair at Somerset Hill consists of 396 units and offers a mix of one-, two- and three-bedroom units averaging 933 square feet. Residents of the property enjoy 180 degree views of the Puget Sound, Mount Rainier and the Capital Dome. The Tumwater area boasts top schools, a strong job base, high median home values, strong local retail and access to recreational amenities.

Rock Creek Landing is situated in Kent, WA, and is comprised of 576 units, which include a mix of studios, one-, two- and three-bedroom units averaging 786 square feet. The property is set in the heart of the Kent Valley Employment Center, and Kent Station, a 20-acre retail lifestyle center, is located less than a mile from the property, providing tenants with convenient access to high-end retail.

Stone Pointe is located in University Place, WA, and offers 240 one-, two- and three-bedroom units averaging 894 square feet. The property is found in the exclusive University Place neighborhood in Pierce County and is surrounded by upscale single-family neighborhoods, grocery stores, restaurants and top-rated schools. It is also located just two miles east of Chambers Bay Golf Course, host of the 2015 U.S. Open.

According to Zech, “Employers such as Boeing and the Port of Tacoma, which have a significant presence in Pierce County and Kent Valley, are actively creating new jobs, and Olympia is one of the state’s most stable economies due to major employers such as the State of Washington, Evergreen College and St. Peter’s Hospital. There is virtually no new supply in the pipeline in South King County, Tacoma or Olympia so the area is currently poised for significant rent growth.”