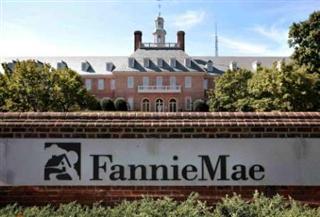 Results collected during the first two quarters of 2014 show greater consumer mortgage demand in the second quarter of the year, a steady and positive near-term mortgage demand outlook, and divergence between larger and smaller lenders in underwriting credit standards.

"This survey of lender attitudes presents current market information that may provide key inputs for all industry participants, including lenders and investors," said Doug Duncan, senior vice president and chief economist at Fannie Mae. "We have been conducting our monthly National Housing Survey for four years to gauge consumers' views and intentions, which affect the demand side of housing. This new survey of mortgage lenders serves as an indicator of supply-side conditions by assessing their current and expected outcomes. We believe that these two surveys, representing the views of both consumers and lenders, will complement each other to provide deeper market insights."

Our lender survey results show that consumer purchase mortgage demand has picked up from the first quarter to the second quarter of this year. Regarding the near-term outlook, lenders surveyed continue to report positive expectations, although expected growth remains modest.

"These results are broadly in line with other major indicators released recently, including the pickup in home sales in May, and also support our expectations of a steady but unspectacular rebound for housing during the second half of this year," said Duncan.

Additionally, the comparison between responses gathered from Fannie Mae's Mortgage Lender Sentiment Survey and National Housing Survey (among consumers) shows that mortgage executives are significantly more likely than consumers to say it is difficult for consumers to get a mortgage today. In addition, lenders' responses to questions regarding credit standards pointed to net tightening among smaller and mid-size lenders, but net easing among larger lenders. Changing regulatory requirements were cited as the most common reason for tightening credit among all lenders surveyed.

"Lenders have been trying to find ways to manage their operational costs and meet new regulatory rules," said Duncan. "They appear to feel cost constrained and, thus, may be applying more conservative standards in their lending practices."

Compared to general consumers, senior mortgage executives are more optimistic about the overall economy and more pessimistic about consumers' ability to get a mortgage today.

Improved Consumer Purchase Mortgage Demand Over the Prior Three Months

Consumer demand reported for single-family purchase mortgages over the prior three months went up on net from Q1 to Q2 2014.

Senior mortgage executives expect consumer demand for single-family purchase mortgages for the next three months to go up on net.

Divergence in Credit Standards Between Larger Lenders and Others

As in Q1, most lending institutions surveyed in Q2 2014 reported that they expect to maintain their post mortgage origination execution strategies for the next three months.

As in Q1, the majority of lenders surveyed in Q2 2014 reported that they expect to maintain their Mortgage Servicing Rights (MSR) strategies for the next three months.

Improved Profit Margin Expectations for the Next Three Months