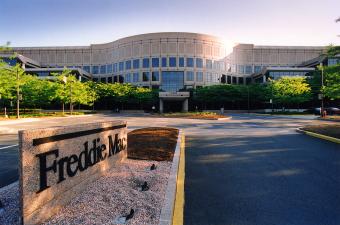 The national MiMi value stands at -2.64 points indicating a weak housing market overall with only a slight decline (-0.05 points) from April to May and a 3-month trend change of (+0.06 points), which is considered flat. However, on a year-over-year basis, the U.S. housing market has improved by 0.86 points. The nation's all-time MiMi low of -4.42 was in November 2010 when the housing market was at its weakest.

Eight of the 50 metro areas are in their stable range with San Antonio, Austin, Salt Lake City, New Orleans and Houston ranking in the top five.

Freddie Mac Chief Economist Frank Nothaft stated, "We saw an additional handful of metro areas move back into their stable range in May despite most markets still trying to get beyond stall speed. When we look at the other MiMi indicators outside of mortgage purchase applications, the news remains positive - unemployment rates are coming down, more borrowers are paying their mortgages on time, and mortgage rates remain low. Moreover, while house price growth is moderating, many markets can still sustain additional house price gains while still maintaining strong homebuyer affordability. So we remain cautiously optimistic the housing recovery will continue, albeit slowly, until we see more tightening in the labor markets to give personal incomes a much needed jolt."

"It's no surprise markets aren't improving at the same pace as last year. Nevertheless, it's encouraging to see more markets healing. The standout this month is the Salt Lake City metro area with three of its four MiMi indicators are back in their stable range of activity. In fact, on a yearly basis, the metro area finds its purchase applications are up on a year-over-year basis. The positive trend in home purchase applications reflects a strong local labor market, with employment growth in the Salt Lake City metro area about double the national average," stated Freddie Mac Deputy Chief Economist Len Kiefer.

The May release of MiMi includes revisions to the purchase applications indicator level to account for refinements to the index. MiMi monitors and measures the stability of the nation's housing market, as well as the housing markets of all 50 states, the District of Columbia, and the top 50 metro markets. MiMi combines proprietary Freddie Mac data with current local market data to assess where each single-family housing market is relative to its own long-term stable range by looking at home purchase applications, payment-to-income ratios (changes in home purchasing power based on house prices, mortgage rates and household income), proportion of on-time mortgage payments in each market, and the local employment picture. The four indicators are combined to create a composite MiMi value for each market. Monthly, MiMi uses this data to show, at a glance, where each market stands relative to its own stable range of housing activity. MiMi also indicates how each market is trending, whether it is moving closer to, or further away from, its stable range. A market can fall outside its stable range by being too weak to generate enough demand for a well-balanced housing market or by overheating to an unsustainable level of activity.