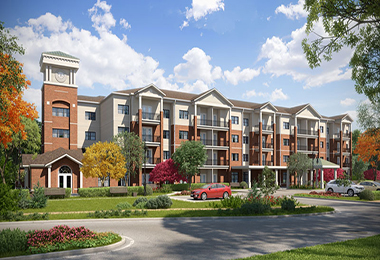 Skip Sipos, MMHA Executive Director states, “This project was first envisioned in 2008; through dogged perseverance, determined support from local community leaders, and the continued commitment of a wide range of organizations, Southwick Manor is sure to be a reality. Lest we forget, this will be ‘home’ to many households for many, many years to come. It will be a beautiful addition to the City of Brunswick, not only architecturally, but for all those who will live here.”

Southwick Manor will be the first tax credit development tailored to adults 55 and over in Medina County. Southwick Manor demonstrates the value of the federal housing tax credit program on numerous levels. Primarily, it delivers high quality affordable housing for adults 55 and over in Brunswick who currently have limited or no affordable housing options. Eighty-one new jobs have been created for the project, approximately 41 of which are in the construction sector. Southwick Manor will generate over $4.7 million for the local economy (wages for local workers and profits for proprietors, small businesses, and corporations), as well as more than $2.0 million of taxes for federal, State of Ohio, and City of Brunswick government.

Brian McGeady, Partner & President of Miller-Valentine Affordable Housing Development, says “We’re thrilled to be able to work with the City of Brunswick and the Medina Metropolitan Housing Authority on this project. We look forward to having a long-term positive impact on the City, and all the residents whom we will serve at our community in the coming years.”