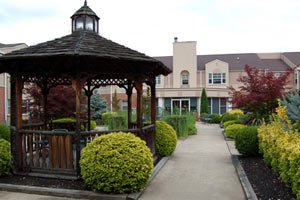 DALLAS, TX - Capital Senior Living Corporation, one of the country’s largest operators of senior living communities, today announced that the Company has purchased three senior living communities located in Ohio from joint ventures in which it held a 10 percent interest for a purchase price of $83.6 million. The Company previously managed the Ohio JV Communities under long-term management agreements.

The Ohio JV Communities are comprised of 433 units, consisting of 227 independent living units and 206 assisted living units. Two communities are financed with $40.1 million of 10-year fixed rate debt that is non-recourse to the Company with a blended interest rate of 4.41%. One community is financed with a $21.6 million two-year bridge loan with a variable interest rate of approximately 2.90%.

After customary transaction and closing costs, the Company received $36.5 million of incremental cash proceeds from these new loans. With this refinance and the acquisition of the Ohio JV Communities, the Company finances its 63 owned communities with total mortgage debt of approximately $590 million with interest rates averaging 4.72%, versus an average rate of 5.25% in the first quarter of 2014.

“We are extremely pleased to add the Ohio JV Communities to our consolidated operations. This transaction will provide immediate benefits to our shareholders and further the Company’s strategy to increase ownership of high-quality senior living communities in geographically concentrated regions. While we have been earning management fees on these communities, we will now be able to consolidate the results of operations and generate meaningful increases in revenue, earnings, CFFO and real estate value. We are also very pleased with the results of our recent loan refinancing. This loan refinance reflects the appreciation in value of these owned communities and allows the Company to continue to benefit from historically low interest rates and fix this debt at attractive rates while extending the maturity to 2024. Proceeds from this refinancing adds to the Company’s liquidity to fund our robust acquisition pipeline, capital expenditures and cash reserves.”