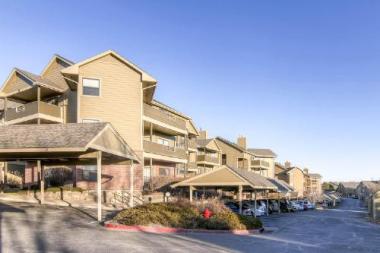 LAKEWOOD, CO - The RADCO Companies, one of the nation's leading real estate opportunistic investment specialists, has purchased Parc Belmar in Lakewood, a close-in southwestern suburb of Denver. RADCO acquired the 512-unit apartment community for $95.33 million from a local developer. Moran & Co. brokered the transaction, which is the largest multifamily transaction in Colorado this year. It was RADCO's first acquisition in Colorado. The announcement was made by the company's founder and CEO, Norman J. Radow.

Following the acquisition of Parc Belmar, RADCO's portfolio now includes more than 6,500 multifamily units in five cities in the Southeast and the Midwest. RADCO financed the purchase through a mixture of Freddie Mac debt, preferred equity from The Related Companies, and its own privately funded equity. To date, RADCO has raised $130 million of private equity to fund its acquisitions.

The 33-building Parc Belmar is situated on 26.3 acres in the city's Belmar submarket. The community offers one-, two- and three-bedroom floor plans that average 1,201 square feet.

RADCO plans to reposition the property by undertaking a $1.2 million renovation of the 27,000-square-foot clubhouse and leasing center, and upgrading the unit interiors with high-end finishes. The company will rebrand the property as Ashford Belmar to coincide with the company's brand identity and its new ownership.

"While Parc Belmar is already a strong performing Class B+ asset, RADCO will implement a $5 million capital improvement plan to bring this asset to a Class A level," said Radow. "The property is 95 percent occupied and since new apartment construction has been very limited over the past few years, we know the market will not only appreciate our improvements, but also embrace them. By all accounts, Denver is one of the best markets in the U.S."

The community features one of the best amenity packages in all of Denver. The most impressive of which is the property's 27,000-square-foot clubhouse, which contains an indoor, Olympic-sized swimming pool. It includes additional amenities such as an expansive fitness center with yoga/Zumba, weight and cardio rooms, all of which overlook a pristine lake, where trainers and a masseuse are available by appointment.

In 2014, RADCO has already purchased five properties including nearly 1,400 units and requiring a capital investment of $170 million. The company has another four properties under contract that will close this summer. The firm also plans to pursue additional opportunities in the Denver market.