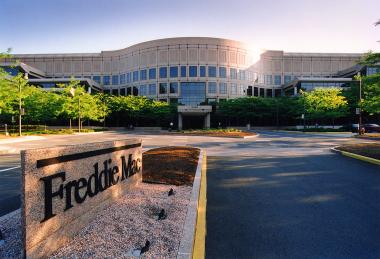 5-year Treasury-indexed hybrid adjustable-rate mortgage (ARM) averaged 2.98 percent this week with an average 0.3 point, down from last week when it averaged 3.00 percent. A year ago, the 5-year ARM averaged 3.08 percent.

1-year Treasury-indexed ARM averaged 2.40 percent this week with an average 0.4 point, down from last week when it averaged 2.41 percent. At this time last year, the 1-year ARM averaged 2.66 percent.

Frank Nothaft, vice president and chief economist, Freddie Mac, stated, "Mortgage rates were down following the release of first quarter real GDP final estimate, which fell at a 2.9 percent annualized rate, a steeper than expected decline and the worst reading since the first quarter of 2009. Also, the seasonally-adjusted S&P/Case-Shiller 20-city home price index was up only 0.2 percent in April from the previous month. On a year-over-year basis, prices remained strong in April up 10.8 percent, but slower than the 12.3 percent in March."