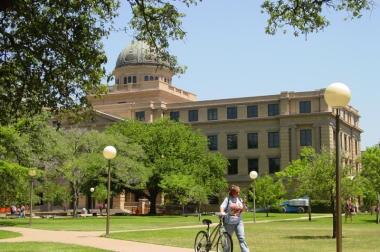 The development, phase one of two planned phases, will feature 1,274 beds configured in apartment designs, as well as community areas that will house residence life offices and other amenities for the University’s undergraduate population. Construction activity is expected to commence immediately and the project will open for occupancy in August 2015.

The project scope, developed through a Public-Private Partnership on a long-term ground lease with the University, includes the design, construction and financing for the new west campus facility. Texas A&M University Housing and Residence Life will manage the facility upon completion. Balfour Beatty Investments was integral in facilitating the issuance of approximately $104 million in tax-exempt bonds which will fund the total cost of the project. RBC Capital Markets served as the underwriter for the issuance of the bonds for this project.

Jim Short, senior vice president for Balfour Beatty Campus Solutions said, “This is an exciting project that harnesses the significant capabilities of both Balfour Beatty’s Investments and Construction teams to deliver a creative development and financing solution that meets the University’s specific goals. We’ve worked closely with University representatives and are very pleased with the ultimate design which will result in an exceptional living environment for the students at Texas A&M.”