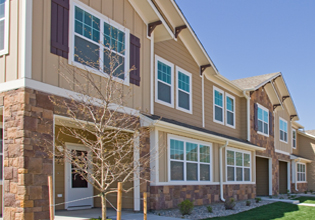 "We are very proud that the Air Force has trusted Balfour Beatty Communities to bring quality housing and world-class customer service to the military members and their families residing at these bases,” said Chris Williams, president of Balfour Beatty Communities. "As a leader in the construction and management of U.S. military housing, we understand the unique needs and challenges facing military families. We look forward to enhancing the living environments at both Dyess and Moody AFB and delivering on our commitment to serve those who serve."

Under the terms of the project agreement, the Air Force has entered into a 50-year ground lease that enables Balfour Beatty Communities to operate the housing for a 50-year term. The ground lease covers approximately 355 acres across the two bases and the Initial Development Period (IDP) costs for the project total approximately $60 million. Over the project term, Balfour Beatty Communities will finance, renovate, manage and maintain the 674 existing homes at Dyess AFB and, during the 4-year IDP, will also finance, design and construct approximately 101 new homes for Moody AFB as well as two community centers and other amenities across both bases.

A leader in the field of Public-Private Partnerships, Balfour Beatty Communities has extensive experience in residential development and management and a proven track record as a trusted housing partner to the U.S. Army, Navy and Air Force. With ACC Group III, its national military housing portfolio now includes more than 44,000 residences and 150,000 residents at 55 military installations across 26 states.

Congressionally authorized since 1996, the Military Housing Privatization Initiative allows the Department of Defense and the Department of the Air Force to work with the private sector to upgrade the quality of family housing and operate and maintain that housing. The family housing assets are typically leveraged with private investment to accomplish housing construction and renovation goals faster and at a lower cost than military construction.