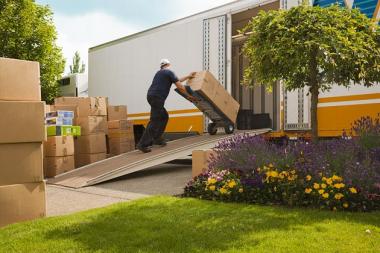 WASHINGTON, DC - Among the 36 million people 1 year and over who moved between 2012 and 2013, 5 percent said the most important reason for moving was to be closer to work or for an easier commute, while another 8 percent cited the desire for cheaper housing, according to a report released today by the U.S. Census Bureau. The most common reasons for moving in 2013 were "wanted new or better home/apartment," "other housing reason" and "other family reason."

The report, Reason for Moving: 2012 to 2013, presents an in-depth look at 19 reasons why people changed residences during the previous year and is the Census Bureau's first on this topic since 2001.

The Current Population Survey began asking a comparable version of this question in 1999. Today's report compares how these reasons have changed over time. In 1999, 3 percent moved to be closer to work or for an easier commute and 6 percent wanted cheaper housing while 21 percent of respondents "wanted [a] new or better home/apartment." This reason declined to 15 percent in 2013 and was not statistically different from the "other family" reason.

"We asked people to select the reason that contributed most to their decision to move. Picking one reason can be difficult as moves are often motivated by many different, and oftentimes competing, factors," said the report's author, David Ihrke, a demographer in the Census Bureau's Journey to Work and Migration Statistics Branch. "For instance, if one's primary reason for moving is to be closer to work or having an easier commute, they may have to sacrifice other preferences. This could include forgoing cheaper housing options or settling for a different neighborhood. If they mainly want cheaper housing, they may have to deal with a longer commute."

In addition to presenting the specific reasons for moving, the report combines these reasons into four collapsed categories: housing-related (48 percent); family-related, such as a change in marital status or establishing one's own household (30 percent); job-related (19 percent); and other (2 percent).

For people who moved from one county to another, moving because of a job-related reason rose with the distance of the move: 23 percent of moves less than 50 miles and 48 percent of those 500 miles or more. Moving for housing-related reasons showed change in the opposite direction, comprising 42 percent of shorter distance moves and 18 percent of longer distance ones.

Other highlights:
Men were more likely than women to move for job-related reasons.

Better-educated people were more likely to move for job-related reasons than those with lower levels of education.

Married respondents were the least likely to move for family-related reasons.

Moves within the same county were typically for housing-related reasons, while intercounty moves and moves from abroad were more for job-related reasons.

Several individual reasons, such as "change of climate," "health reasons" and "natural disaster," were each cited as the main reason for moving by fewer than 1 percent of householders.

For people who are seeking to move, dwellr, a new Census Bureau app powered by American Community Survey statistics, can pull up a list of U.S. locations that matches users' preferences for such variables as city size, geographic region and job type.