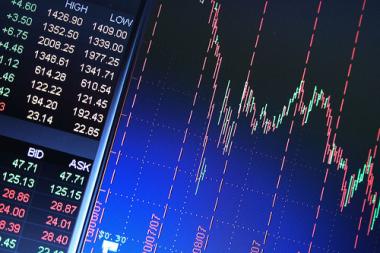 April marks the 11th straight month of improvement in the delinquency rate for US commercial real estate loans in CMBS. The rate fell 10 basis points to 6.44% in April. Today's reading is 259 basis points lower than where it was a year ago and 390 basis points below the all-time high from 2012.

Over the last few months, the delinquency rate has fallen between 15 and almost 50 basis points in a given month. The relative slow-down this month is a result of the completion of the vast majority of the CWCapital distressed asset sales. In February and March, over $4.5 billion in loans were resolved. In April, that amount was just $850 million. Despite the drop in volume, resolved loans and cured loans were able to push the delinquency rate down.

"There was a fair amount of turbulence in the equity markets in April, but the CMBS market was a bastion of tranquility over the last 30 days," said Manus Clancy, Senior Managing Director at Trepp. "There were more winning days than losing ones for CMBS investors. Even when US stocks sold off, CMBS spreads held firm. Month-over-month, spreads were modestly tighter across the board and new issue pricing came in near its tightest levels of 2014 with CMBS 3.0 BBBs leading the pack. With US delinquencies continuing to move lower, there was a lot to cheer about for CMBS in April."

There were $1.2 billion in new delinquencies in April, which brought the total number of delinquent loans to $34.1 billion. Current delinquencies are down from $34.6 billion in March. To date, about 2,500 loans are with the special servicer, with a combined loan balance of just over $41 billion.

For additional details, such as delinquency status and historical comparisons, request the April 2014 US CMBS Delinquency report at www.trepp.com/knowledge/research