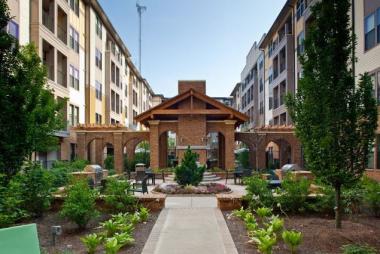 INDIANAPOLIS, IN - The Corporate Housing Providers Association (CHPA) released the annual 2014 Corporate Housing Industry Report, highlighting the industry’s key performance indicators for North America, along with market-specific information in fifty US metropolitan statistical areas (MSAs) and five Canadian markets. Overall, the corporate housing industry remains steady despite a challenging business climate. Despite an increase in units owned by corporate housing providers, the supply of US corporate housing units declined in 2013 compared to 2012.

The US corporate housing occupancy fell slightly in 2013 as average rate increased in line with rate gains for the overall hotel industry. Overall, rate growth almost offset the declines in unit numbers and occupancy. US corporate housing room revenues were $2.48 billion in 2013, less than a 0.5% decrease from 2012.

“This is a critical report for corporate housing providers and related industries. It allows companies to make informed decisions based on real data and be more successful,” says CHPA CEO, Mary Ann Passi, CAE. “The data provides a concise reference document for boards, investors, banking officials and others to validate the industry.”

For the third successive year, relocation was the largest reason for using corporate housing in the US and the second highest reason in Canada. Technology and professional services are the largest generators of corporate housing demand by industry. The biggest difference between demand generators in 2013 and 2012 was the decrease in government/military usage which has been significantly impacted by travel cutbacks.

Per survey respondents, US corporate housing inventory is estimated at over 56,000 rental units, with the Canadian market at approximately 7,600 rental units.

Occupancy in the United States was down slightly to 88.1%, while Canadian providers saw occupancy decline to 81.7%.

Relocation continues to be the main reason for client stays in the United States, with project/training the major reason Canadian clients stay in units. Relocation is a close second in Canada.

Average Daily Rate increased approximately $5 in the US and decreased almost $8 in Canada.