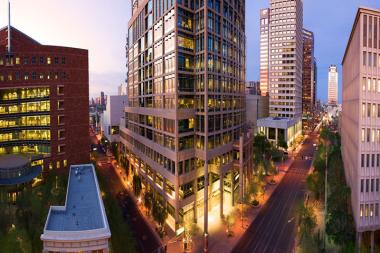 CHICAGO, IL - Colleges and universities across the U.S. are bestowing hard-earned diplomas on the graduating class of 2014 this spring, sending another crop of newly-minted grads off into the next chapter of their lives: the "real world." While this new world is filled with exciting new challenges such as finding a job and an apartment, the first decision facing new grads is where to live. Even with an improving economy, this decision can be difficult, which is why Apartments.com has compiled the "Top 10 Best Cities for Recent College Graduates." By weighing the most important factors to new grads, Apartments.com hopes its list will help make this big decision a little easier.

"Conventional wisdom has been to go where the job takes you," said Dick Burke, president of Apartments.com. "However, for today's young professionals who want to have more input into where they start their lives, our list helps identify cities that offer the best overall opportunity for employment and long-term career growth, affordable living and a vibrant culture that caters to young adults. We hope this information will help new grads feel more informed and confident about making these major life decisions."

The Apartments.com "Top 10 Best Cities for Recent College Graduates" list distinguishes itself from other "best-of" lists through its comprehensive view of what qualifies a city to be considered.  The list takes into account affordability versus just median income, which gives advantage to cities where the average rent for a one bedroom apartment falls within the recommended 25 percent of gross median income. In addition, unemployment was a major factor in determining this seventh annual list. Cities with unemployment above seven percent were eliminated.

Burke adds, "We believe a low unemployment rate contributes to a flourishing community with more job opportunities across the board, which is good not only for entry-level positions, but also as an indicator of potential as a person moves through his or her career."

This year's list also takes demographics into account. Added weight was given to cities with the highest percentage of population between 25-29 years of age and men-and-women-only households, as an indicator of a high population of young singles in each city. Cities with significantly low- or high-median age for population were eliminated.

The 2014 list includes five cities that were also on the 2013 "Top 10 Best Cities for Recent College Graduates," taking different positions on the list including:

Methodology: The seventh annual Apartments.com "Top 10 Best Cities for Recent Graduates" is based on the top 100 cities with the highest apartment unit availability (Apartments.com, January 2014). The list was then evaluated for unemployment rate (Bureau of Labor Statistics, December 2013) and U.S. Census data (2010), reflecting median income, the percentage of men and women only households as an indicator of single residents and the percentage of people living in the city between the ages of 25 and 29. Unemployment and affordability in relation to median income and average rent for a one bedroom apartment (Apartments.com, January 2014) were weighted heaviest. Cities with a rate of unemployment above seven percent were eliminated, along with cities that had significantly low or high median ages.