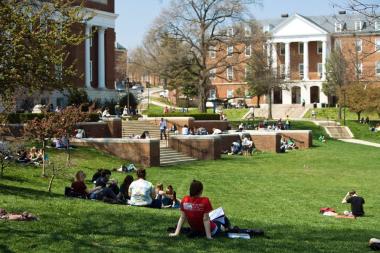 As the winning team, the University of Maryland students received $50,000; each of the remaining three finalist teams received $10,000. The announcement was made at the competition's conclusion today in Nashville.

An ideas competition, the ULI Hines program is designed to simulate an actual urban design and development scenario. The 2014 competition was based on a hypothetical situation in which the site owners, working together as the Sulphur Dell Development Corporation, had asked for a proposal that transforms the historic Sulphur Dell neighborhood. The proposal assumed an understanding of the market and nonmarket factors at play in building healthy places and of the value proposition of building and operating in ways that promote health.  In addition, the assignment included a request from the Sulphur Dell Development Corporation that submissions be conscious of other area stakeholders who own a number of adjacent properties, both historic and new, that would not be included in the redevelopment. Student teams were challenged to best determine how to integrate those existing sites and leverage their assets in order to create more value for the entire neighborhood.

"This year's finalists found creative but financially feasible ways of building off the area's strengths while attending to the concerns of flood resilience and healthy living," said Jury Chairman Bart Harvey, board member of Fannie Mae in Washington, D.C.  Harvey and the jury also noted the finalists' meticulous market research in designing their proposals, along with a solid understanding of what type of development would appeal to Nashville culture.

The University of Maryland's winning design -- the "Chords" -- proposed a partnership between the existing private owners and the State of Tennessee. The design captured the experiences of a diverse group of people brought together by regional connectors, culture, living and fitness "strings." The "strings" are intended to strengthen the connections to downtown and surrounding communities, as well as nearby amenities such as the ballpark, waterfront, and Centennial Mall.

While based on a hypothetical situation, the 2014 Hines competition addresses the city's desire to redevelop the broader Sulphur Dell area so that it attracts investment and generates value for individual property owners, city residents, and the greater region. In the 2007 Downtown Community Plan, the Sulphur Dell downtown neighborhood was identified as a location envisioned as a mixed-use area that will include residential, office and commercial use.

"It is a real honor that ULI selected Nashville to be the site of the Gerald D. Hines Student Urban Design Competition," said Karl Dean, mayor of Nashville and former ULI Rose Center fellow. "This competition is a wonderful contribution to the future of development. Opportunities like this where architecture, business, engineering, and planning students all work together, help prepare people for the real world that awaits them."

The development schemes from the finalist teams:

Georgia Institute of Technology: "Uptown Nashville" proposed rebuilding the current district identity to create a new and improved Sulphur Dell District. With the stadium development and other existing and proposed amenities acting as a catalyst, Uptown Nashville would leverage existing and future amenities to foster the creation of a healthy, diverse, and profitable community.

Harvard University: The "Sulphur Dell Market District," a healthy lifestyle community that would catalyze the revitalization of the city of Nashville and is prototypical of resilient urbanism for cities of a similar size. The proposal was based on a landscape framework of layered strategies of ecology, mobility and food, along with creating the conditions for a diverse and resilient urban district that would continue to change and mature over time.

University of Texas at Austin: "Greenheart Village," which established a new model of urban living, initiating the rebranding of Nashville as an active, healthy, and engaged community. Greenheart Village would utilize adaptive infrastructure to respond to environmental, social, and economic changes, fostering an environment that encourages adaptation as people engage their local surroundings and a changing world.

This year, 163 teams comprising 815 students from 72 universities in the United States and Canada participated in the first round of the competition. Established with a generous endowment from longtime ULI leader Gerald D. Hines, the competition strives to encourage cooperation and teamwork—necessary talents in the planning, design and development of sustainable communities—among future land use professionals and allied professions, such as architecture, landscape architecture, urban planning, historic preservation, engineering, real estate development, finance, psychology and law.

According to Hines, when industry professional become aware of different elements in a development, it leads to different and innovative ways of creating projects that precedes value generation. "That is what people do when they enter this contest.  They look at other parts of the discipline and make themselves a better whole," said Hines during today's presentation.

The competition is open to graduate students who are pursuing real estate-related studies at universities in the United States and Canada, including programs in real estate development, urban planning, urban design, architecture and landscape architecture.