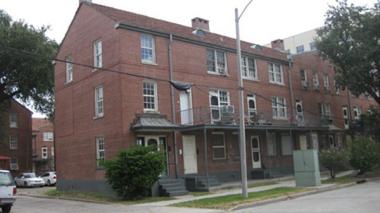 The financing package marks the second major affordable housing development financed by U.S. Bank in New Orleans since mid-2011. The bank also provided more than $60 million in tax credit financing and $20 million in construction lending for Phase 1A and 1B of the B.W. Cooper redevelopment in downtown New Orleans, one of the city’s “Big Four” public housing complexes redeveloped after Hurricane Katrina.

Prior to the start of its demolition in August 2013, the 821-unit Iberville Public Housing Project was the last remaining intact public housing development built in New Orleans during the New Deal era. The new housing complex is an integral piece of the city’s broader mixed-use, mixed-income redevelopment plan for the 23-acre site.

U.S. Bank’s financing supports the first and second phases of the project, consisting of 227 units of the 880-unit mixed-income community. Construction began in November 2013 and will be completed by early 2015. In addition to the tax credit financing provided through U.S. Bancorp Community Development Corporation, the bank’s community development subsidiary, U.S. Bank also provided a $22.2 million loan to bridge financing during construction.

“We’re pleased to play a role in another project that will have a positive impact on thousands of people in downtown New Orleans,” said John Lisella, vice president of U.S. Bancorp Community Development Corporation. “This redevelopment will provide high-quality affordable housing and job opportunities to its residents while revitalizing downtown New Orleans.”

The redevelopment plan includes funding from the Housing Authority of New Orleans and the U.S. Department of Housing and Urban Development through a Choice Neighborhood Initiative Grant, which will enable local nonprofit Urban Strategies, Inc. to implement a comprehensive community and supportive services program onsite. That program will include health education, increased health care availability, employment and literacy training, social work and case management for families and individuals, among other components.

“HRI is proud to have U.S. Bank as a long-term partner in the revitalization of Iberville and this historic area of New Orleans,” said Josh Collen, Vice President of Development of HRI Properties. “These initial phases will be an impactful component of the Choice Neighborhood Initiative, an innovative collaboration between the City of New Orleans, the Housing Authority of New Orleans and many other stakeholders.”