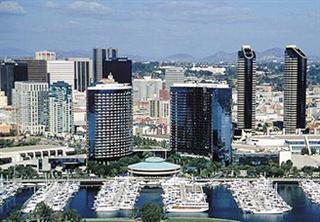 SAN DIEGO, CA - The Richman Group Development Corp., which has developed nearly 20,000 residential rental units since 1987 and is ranked in the top ten of multi-family apartment owners in the United States, has established a California division and named multi-family developer, Luke Daniels, president of The Richman Group of California Development Company, LLC. The company has established an office at 888 Prospect St., Suite 200, La Jolla, Calif.

“California is the perfect match for our investment, development and asset management expertise,” said Kristin Miller, president, The Richman Group, which has raised almost $10 billion in equity for investments in nearly 1,400 apartment projects in 49 states, Puerto Rico, Guam, and the U.S. Virgin Islands. “We believe the state is in a period of sustained growth, propelled by a number of robust economic drivers and long-term demographic trends,” she said.

“We’re delighted to have Luke Daniels head up our California operations. He has led the development team for a number of trophy projects in Southern California, including the 244-unit, mixed-use Stella in Marina del Rey, the 14-story Park Laurel overlooking San Diego’s Balboa Park, and 1Mission in San Diego, which was honored by PCBC with the Gold Nugget Grand Award for best mixed-use project in the Western United States.

“He is a creative dealmaker, skilled negotiator, and hands-on developer who is able to maintain the big picture while handling myriad details,” she said, noting he has been responsible for the development of 2,500 units in Southern California.

Most recently, Daniels was managing director for the Western Division of Trammell Crow Residential, where he was involved in acquisition, entitlements, procurement of equity and debt capital, and development processes. He managed a team responsible for projects totaling more than 2,000 units and 18,000 square feet of ground-floor commercial space.

Previously, he was the development director of GLJ Partners, a Southern California apartment developer that merged with Trammell Crow Residential in 2012.

Earlier, he was in charge of all aspects of land development and construction for CLB Partners in San Diego, which developed the award-winning 1Mission in Mission Hills and Park Laurel overlooking Balboa Park, one of the city’s most prestigious residential condominium projects. He started his career with Intracorp San Diego LLC and its sister company K Street Construction.