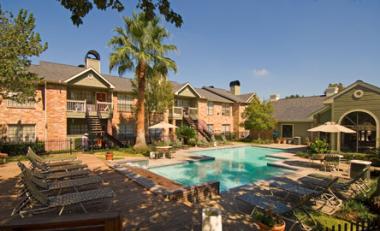 LAS VEGAS, NV - Strong demand for apartments will increase over the next several years, said panelists during a press conference at the National Association of Home Builders (NAHB) International Builders’ Show (IBS) in Las Vegas. And while multifamily construction continues to be strong, NAHB does expect the speed to decrease as sustainable levels are reached in 2015 or 2016.

The strong performance in multifamily comes from three sources, explained Crowe. “First, during the collapse, production of multifamily housing had significantly decreased, so part of the resurgence in 2011 was just catching up with a more normal flow. Second, the strong demand for apartments is being fed by a rising demographic of echo boomers that will continue to grow in size as we absorb people born after 1980. Third, young adults who might have otherwise chosen homeownership, and some older adults as well, are hampered by a variety of issues, such as unusually tight underwriting standards for mortgages, lower credit scores because of the slow employment market and lower entry salaries. As a result, the share of households that rent rather than own has increased steadily since 2004 and will likely continue until jobs are more secure, mortgages more accessible and careers more stable.”

Many markets have regained their footing and are producing at least as many multifamily units as they did during the relatively stable period between 1996 and 2006. “The multifamily market has come a long way since the collapse,” said panelist Guy K. Hays, president of Legacy Partners Residential Inc. in Foster City, Calif. “Overall, supply and demand are in balance, and in most markets there is a need for the continued production of new units.”

While both panelists are optimistic about the future of the multifamily housing market, there are still challenges that face the industry such as the availability of labor and rising cost of some building materials. But demand for apartments is strong enough for developers to proceed in most markets, the panelists noted.