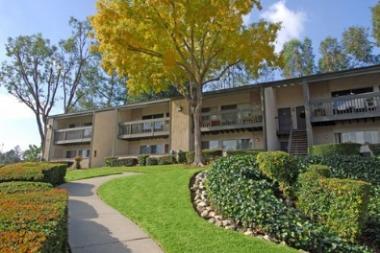 “The Hills of Diamond Bar was the fourth apartment community acquired by the fund in 2013 and the second in Los Angeles County. It’s a solid candidate for a value-add makeover and will be repositioned with extensive interior and exterior upgrades,” said Bill Montgomery, the fund’s co-chief investment officer.

The community was built in 1979 with two-story garden-style construction on 12.6 acres. Its one- to three-bedroom apartments are arranged around five courts or pod areas, Montgomery said.

Interior upgrades will include plank flooring, stainless appliances, two-tone paint, upgraded lighting and new fixtures in all apartments. A second bathroom will be added in many two-bedroom apartments.

Common areas also will undergo substantial modernization. Two play areas will be renovated and three of the property’s five pools will be closed to make way for a large second spa with adjacent outdoor kitchen and fire pit, a golf-themed club room with adjacent new putting green and meditation garden area. The leasing office will be refurbished and the business center will be repurposed as a community room and study hall.

Montgomery called Diamond Bar “an affluent community and high barrier-to-entry market that is well known for its top-rated schools.” The 57, 60 and 71 freeways and I-10 provide excellent access to employment and shopping in the San Gabriel Valley, downtown Los Angeles, Orange County to the south and the Inland Empire to the east.

“We intend to acquire a diversified portfolio of well-located properties primarily in coastal California, Seattle and Denver, as well as Portland and Phoenix. The fund is operating under a focused well-defined, value-add strategy to purchase, manage, reposition, aggressively operate and sell high-quality multifamily assets in our target markets. The Hills of Diamond Bar is exactly the type of property we seek for our value-add program,” Montgomery said.

The fund was launched this year by SARES-REGIS Group with $114 million in equity commitments, giving the fund the ability to acquire more than $300 million in assets.