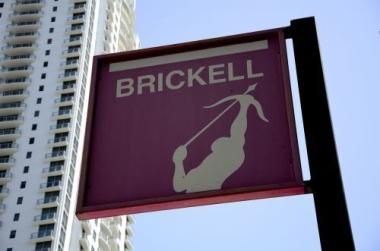 DALLAS, TX - Behringer Harvard Multifamily REIT I, Inc. announced that construction has started on The Edge at Brickell, a new 418-unit luxury multifamily property in the Brickell submarket approximately one mile south of downtown Miami.

The 2.4-acre development site is located at the northeast corner of Southwest Second Avenue and 13th Street (Coral Way). The community will be constructed in a wrap configuration, with eight floors of residential and common space and eight levels of parking.

Equity capital for the construction of The Edge at Brickell was provided by the REIT and by Monogram Residential Master Partnership I LP, which is a joint venture between the REIT and PGGM Private Real Estate Fund, a real estate investment vehicle for Dutch pension funds.

The community will be developed by affiliates of Alliance Residential, a privately owned multifamily real-estate firm with headquarters in Phoenix, Arizona, that has invested in $3 billion in assets and has a management portfolio of $9 billion. The general contractor will be Plaza Construction, a national provider of construction management, general contracting and project consulting services headquartered in New York City with offices in Miami, Washington, D.C., and Los Angeles. Construction began this month and is expected to be completed in the fourth quarter of 2015.

"The Edge at Brickell will be our REIT's fifth apartment investment in the South Florida region," said Mr. Mark T. Alfieri, president and COO of the REIT. "We are pleased to begin construction of The Edge at Brickell with our development partner, Alliance Residential. We expect this in-fill location less than a quarter mile from Mary Brickell Village to attract residents seeking luxury accommodations in this desirable area."

The Edge at Brickell will offer apartment units averaging 799 square feet each, with options for a studio or up to two bedrooms and two baths. Units will feature granite countertops in the kitchens and baths, stainless steel appliances, and brushed-nickel hardware. Common-area amenities will include a resort-style pool, clubroom with demonstration kitchen, screening room, game room with billiards, and a half-court basketball area. A state-of-the-art fitness center will include facilities for strength and cardio training, yoga, and boxing.

Amenities near The Edge at Brickell include The Shops at Mary Brickell Village, a 200,000-square-foot retail and entertainment center spanning two city blocks that serves as a popular lifestyle center and the hub for nightlife amenities that extend along Miami Avenue. The community also is within blocks of Brickell CityCentre, a planned $1.05 billion mixed-use development under construction just north of Mary Brickell Village. When completed at the end of 2015, Brickell CityCentre is expected to include 5.4 million square feet of office, residential, hotel, retail and entertainment space, in addition to a two-level underground parking garage that spans seven acres below the property.

Located a few hundred feet from The Edge at Brickell at the intersection of Southwest First Avenue and 10th Street, the Brickell Metrorail Station provides commuter rail service to employment centers in Miami-Dade County. The community also will provide convenient access to U.S. Highway 1 and Interstate 95, the main north and south traffic corridor along Florida's east coast.