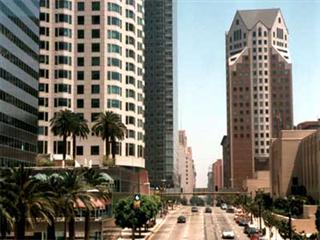 The six buildings have a total of 116 units with similar vintage amenities and range from 10 to 39 units. The properties were built between 1959 and 1968 and are professionally managed and well maintained.

Dave Meis, of Venture West Funding, and his team worked closely with both lenders to ensure a smooth execution. The loans were secured at very competitive 5 year fixed rates below 4 percent amortized over 30 years. The six loans provided a significant amount of cash-out to the borrower while reducing the borrower’s cost of debt. According to Meis, “We were able to maximize loan proceeds through aggressive, common-sense underwriting. The borrower timed their refinancing well in this low interest rate environment.”

Venture West Funding was founded more than 17 years ago and has placed more than $8 billion in loan originations since 2001. Venture West Funding is one of the largest firms of its kind operating throughout Southern California, and specializes in providing mortgage loans secured by apartment buildings, commercial properties and single-family homes to a wide variety of borrowers.