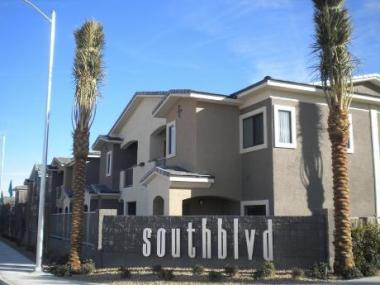 The property is well located just off of Las Vegas Boulevard (the Las Vegas “Strip”) in a high growth submarket of southern Las Vegas. The location provides tenants with easy access to the employment centers of the Strip and downtown Las Vegas. "South Blvd. Apartments is one of the highest quality multifamily assets in a market that is in the early stages of a recovery. We were able to acquire the property at an attractive price after a protracted sales process during which two previous buyers failed to close,” said Asim Hamid, Vice President of The Praedium Group.

Mr. Hamid continued, “Las Vegas has struggled since the downturn, but recently there has been a resurgence of job creation in the area. We found the supply/demand fundamentals in this market appealing and studies are projecting above average rent growth over the next several years, making it a prime area for investment.”

Currently 93 percent occupied, South Blvd. Apartments is in close proximity to the nearly completed Interstate-15/Cactus Blvd Interchange, which is expected to facilitate growth in the area, reduce highway congestion, and will provide access to the city’s main highway less than a mile away. The property is conveniently situated just one block east of Las Vegas Boulevard in southern Las Vegas. The asset is located only ten minutes from the Las Vegas Strip, and twenty minutes from the city’s downtown central business district. Recent announcements indicate several billion dollars and thousands of jobs will flow to the city over the next five years as companies invest in Las Vegas to take advantage of a favorable business environment and improving tourism trends. The multiple programs that are promoting job growth in the region make Las Vegas a prime location to explore potential investment opportunities.

CB Richard Ellis arranged the financing for the transaction. Hendricks-Berkadia represented the seller in the negotiations.

About The Praedium Group The Praedium Group is a privately-held real estate investment firm focusing on under-performing and under-valued assets throughout the United States. The Praedium Group was formed in 1991 and since inception has completed over 350 transactions representing $9.3 billion of capital, including 70,000 multifamily units and 43.3 million square feet of commercial space.