As Consumer Optimism Rises, Trulia Predicts 2014 Will Be the Year of the Repeat Buyer and Urban Renter 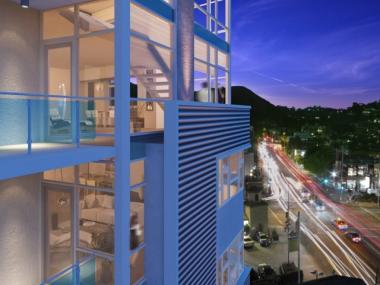 SAN FRANCISCO, CA - Trulia, a leading online marketplace for home buyers, sellers, renters, and real estate professionals, published its look back at the U.S. housing market’s uneven recovery in 2013 with the relaunch of Trulia’s Housing Barometer. This recovery tracker charts how quickly the housing market is moving back to its pre-bubble “normal” level from the worst of the recession. Additionally, Trulia’s Chief Economist Jed Kolko revealed his outlook on how the U.S. housing market will be different in 2014, along with his top 10 U.S. housing markets to watch.

Home Sales and Prices Charging Ahead, While Constructions Starts and Jobs Lag
Throughout 2013, the housing recovery has progressed on most fronts but remains unbalanced. Of the five key indicators that Trulia’s Housing Barometer now follows, three are on track towards a full recovery. Non-distressed home sales and prices are approaching normal levels and could reach them in 2014. The delinquency + foreclosure rate also improved significantly. But construction starts and young-adult employment remain closer to recession levels than to normal.

The housing recovery is also uneven across local markets. Among the 100 largest U.S. metros, 10 housing markets are back to normal or nearly there, relative to local norms for both home prices and permits. Check out the full Housing Barometer report here.

Trulia’s Five Housing Predictions for 2014
Heading into 2014, consumer optimism is climbing back. According to Trulia’s latest consumer survey1, 74 percent of Americans said homeownership is part of achieving their personal American Dream – the highest level since January 2010. However, the effects of the recession and housing bust still sting. Here are five predictions by Trulia’s Chief Economist Jed Kolko on how the U.S. housing market will be different in 2014. Check out the full detailed predictions here.

1) Housing Affordability Worsens. Rising prices and higher mortgage rates will make buying more expensive in 2014 than in 2013. This means that the rent vs. buy math could tip in favor of renting for a couple of housing markets, starting with San Jose. But buying will remain cheaper than renting nationally and in almost every metro.

2) The Home-Buying Process Gets Less Frenzied. Home buyers who can afford to buy won’t be as frantic as buyers in 2013. That’s because there will be more inventory to choose from, less competition from investors, and somewhat looser mortgage credit in 2014.

3) Repeat Buyers Take Center Stage. 2013 was the year of the investor, but 2014 will be the year of the repeat home buyer. As prices rise, buying homes will become less attractive to investors as well as first-time homebuyers, but repeat buyers will be able to offset the higher price of the home they buy with the higher price from the home they sell.

4) How Much Prices Slow Matters Less Than Why And Where. Home prices won’t rise as much in 2014 as in 2013, but mostly for healthy reasons such as more inventory and less investor activity. Where also matters: slowing prices are a relief in overvalued or unaffordable markets, but not in markets where many homeowners are still underwater.

5) Rental Action Swings Back Toward Urban Apartments. Investor purchases of single-family homes to rent will decline, but multifamily construction in 2013 will add to the supply of urban rentals in 2014. Urban apartments, not single-family homes, will be the first stop for many young adults when they finally move out of their parents’ homes and become renters.

Trulia’s Top 10 Housing Markets to Watch in 2014
Trulia identified 10 markets to watch next year based on their strong fundamentals, including recent job growth and longer-term economic success, as well as recent construction activity typical of vibrant markets. California markets, where prices look overvalued, and Florida markets, where foreclosure inventories are high, didn’t make the cut.