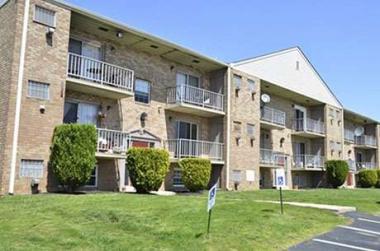 BROOKHAVEN, PA -  Home Properties, Inc. announced that, on November 27, 2013, it purchased, for $15.5 million, Camelot Court in Brookhaven, Pa., which it has renamed Stone Hill Apartments. Stone Hill (204 units) was purchased for $15.5 million in cash, which equates to approximately $76,000 per apartment unit.

At closing, Stone Hill Apartments was 90.2% occupied at monthly rents averaging $918.  The property has quick access to I-95 and the Blue Route (I-476), two major highway arteries in the Greater Philadelphia region.  The property has easy access to the Philadelphia International Airport, Center City Philadelphia and Wilmington, Delaware.  Residents can also commute west to major employment centers.  The SEPTA commuter rail line to Center City Philadelphia at the nearby Wallingford Station is a 5-minute drive from the property.  Stone Hill Apartments is located in the Penn Delco School District, one of the best in Delaware County.

Built in 1971, Stone Hill consists of 11 three-story brick garden-style apartment buildings.  There are 56 one-bedroom units and 148 two-bedroom units, with an average size of 811 square feet.  Buildings are brick-on-masonry block exterior walls with pitched A-frame roofs with asphalt shingles.  Second-and third-story units have balconies.  The property has gas-fired HVAC and central air conditioning in each unit.  Hot water is provided by a gas-fired fast-recovery domestic hot water heater in each building.  Residents are currently responsible for paying their own electric utility costs.  Common area amenities include a laundry room in each building and a swimming pool with a private yard.

During the first three years of ownership, the Company expects to spend a total of approximately $3 million, in addition to normal capital expenditures, for site improvements, window replacements, and entry doors and apartment doors.  The largest portion of the $3 million will be spent on plans to upgrade individual units by renovating kitchens and baths and improving lighting, plumbing and electric services.  Management anticipates a 6.8% first year capitalization rate after allocating 2.7% of rental revenues for management and overhead expenses and before normalized capital expenditures.