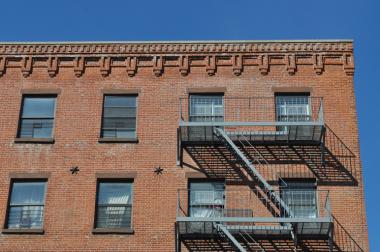 Silverstone purchased the property in August 2012 for $11.325 million and spent the last year renovating and reconfiguring the residential units to maximize layout efficiencies, as well as upgrading and modernizing the property overall.

The property was marketed and sold by Peter Von Der Ahe and Joe Koicim of Marcus & Millichap.

"Silverstone is pleased to have successfully executed its value-add business plan with the purchase and sale of this property in just over one year," said Zegen. "We were able to reposition and resell the property way ahead of our initial schedule and the results speak for themselves in the value we created and then realized through the disposition,"said Nussbaum.

143-145 West 4th Street includes twenty-six residential units at approximately 21,364 square feet. The property is located between 6th Avenue and Washington Square West, half a block from Washington Square Park and in the heart of the New York University campus.