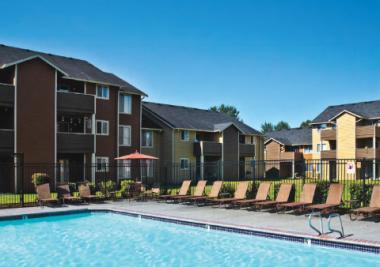 BEVERLY HILLS, CA - International real estate investment and services firm Kennedy Wilson announced that the company and its partners have acquired The Pointe, a 388-unit apartment community located in Vancouver, Washington, a suburb of Portland, for $39.5 million. The total equity invested in the transaction was $11.2 million, 5% of which was contributed by Kennedy Wilson. Additionally, the company secured a $29.6 million ten-year loan on the property, with interest only for four years, from Fannie Mae at LIBOR + 2.36%, arranged by HFF.

“This acquisition is a great value-add investment in a strong Portland submarket,” said Kurt Zech, president of Kennedy Wilson Multifamily Management Group. “The market has strong projected employment and rent growth that exceeds most other West Coast markets due to a burgeoning tech center and favorable tax benefits, offering an affordable living option to Portland.”

The Pointe is located in the eastern Vancouver submarket directly off of the 205 Freeway and is the largest suburb in the Portland MSA as well as the fourth largest city in Washington by population. Built in two phases, the property is comprised of 35 residential buildings consisting of two and three story walk-ups. The neighborhood surrounding The Pointe is well served by retail amenities and recreation and is a short distance to numerous job centers including the top technology employers in the city.