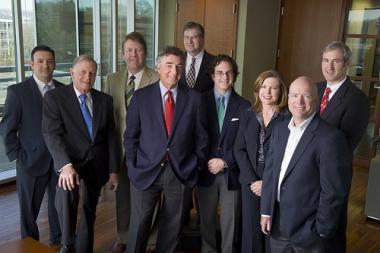 GREENBELT, MD - The Bozzuto Group, a Greenbelt, MD–based real estate services company, announced that the company has earned for the second year in a row the Military Friendly Employer title from Victory Media, publisher of G.I. Jobs Magazine and Military Spouse.

More than 5,000 companies competed for the elite 2014 Military Friendly Employer title by completing a survey, independently tested by Ernst & Young LLP, that analyzed the strength of company military recruiting efforts, the percentage of new hires with prior military service, retention programs, and company policies on National Guard and Reserve service.

"As a veteran-owned and veteran-operated company, providing those who have served our country with meaningful career opportunities goes hand in hand with our company's core values," said Kristen Reese, vice president of talent management, The Bozzuto Group.  "To that end, we are extremely proud that our commitment to supporting our country's military has again been recognized with the Military Friendly Employer® designation."

The Bozzuto Group will be be showcased, along with other 2014 Military Friendly Employers in the December edition of G.I. Jobs Magazine and online at MilitaryFriendly.com.