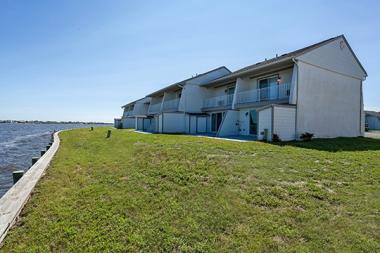 KING OF PRUSSIA, PA - Yesterday marked the one year anniversary of Hurricane Sandy making landfall on the New Jersey coast and causing unprecedented damage. The storm made landfall in Atlantic City, NJ as a category 2 storm producing winds up to 80 mph and was appropriately named “Superstorm Sandy” due to the extensive damage and destruction caused. It was the most destructive hurricane of the 2012 Atlantic season and claimed approximately 286 lives throughout the seven counties it passed through.

Morgan Properties was directly affected by this massive storm at one of its rental communities in Toms River, NJ. A beautiful, bay front community consisting of 226 two story townhomes was completely flooded during the massive storm. Morgan Properties was forced to close the doors and move out all 226 families. During this time, Morgan Properties worked vigilantly to get residents to safety, provide prompt security deposit returns to aid in securing new housing and was on-site daily with donations of food, clothing, toiletries and water for their residents. All the while assuring the residents they would rebuild and they would be the first to know when the doors re-opened so they could be welcomed back home.

As soon as the doors re-opened at Mariners Cove, they received immediate interest from prior residents eager to come home. One of the first residents to move back was Nicole Shawl, who had been a previous resident since 1989. Nicole shared her excitement about being able to come back home. “Even after a hard day at work, coming home was truly a holiday living on the bay every single day for my family. When we looked at our beautiful home in so grand a location, all the stresses of the day just melted away. I couldn't love Mariners Cove more than I already do,” said Shawl.